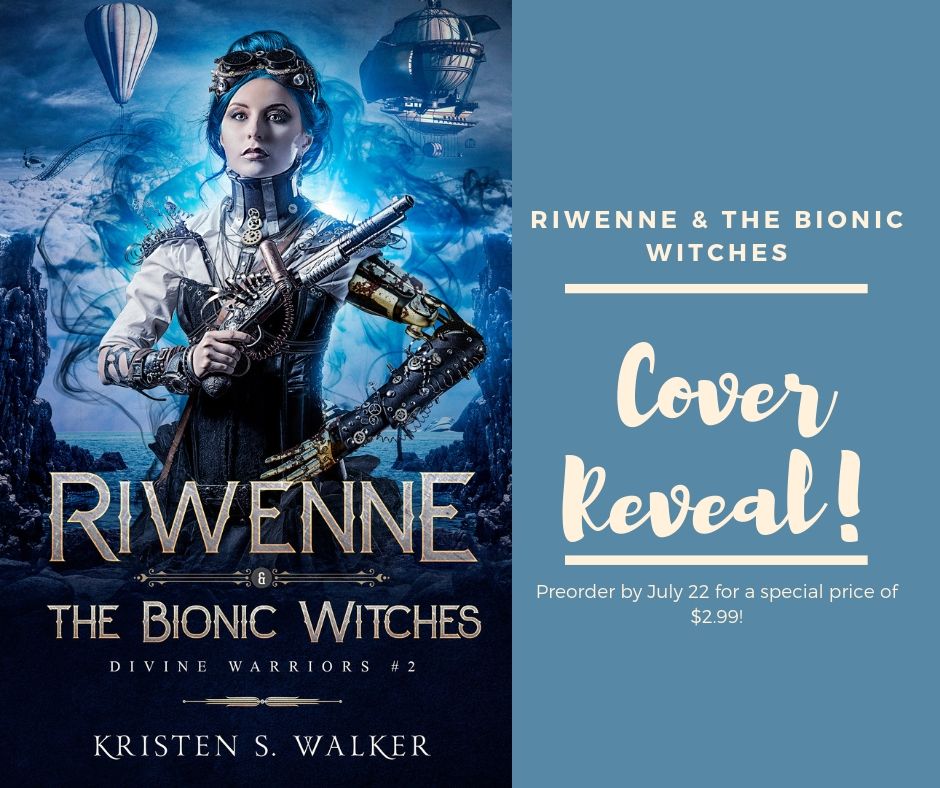 Happy Midsummer Solstice! I hope you’re enjoying the longest day of the year. Let’s celebrate with the long-awaited cover reveal!

No friend left behind.

Riwenne escaped the floating city with her life and most of her friends, but one loss haunts her nightmares. If only she could save her sister. But she’s out of magic, and nowhere is safe for the divine warriors. Defying the Empire put a price on their heads. With nothing but an airship and a few gods on their side, they need a new way to fight back!

The sun goddess is arming bionic witches with blood magic. Riwenne’s talking bird mentor, Tika, says the only magic that can stop the sun is the moon goddess. But the moon goddess was banished and even her name is forbidden. Riwenne must search for ancient clues to free the moon and get her powers back.

She’s not afraid to fight, but the battles are getting fiercer. She can’t let her broken heart get in the way. Sooner or later, she’ll have to face the one person she dreads—and this time, death is the only way. But can she live with herself if she becomes a killer?

Coming to Amazon on July 22.

For a limited time, ebook pre-orders are discounted to the special price of $2.99.

More Than You Ever Wanted to Know About Writing

October: What scares you?