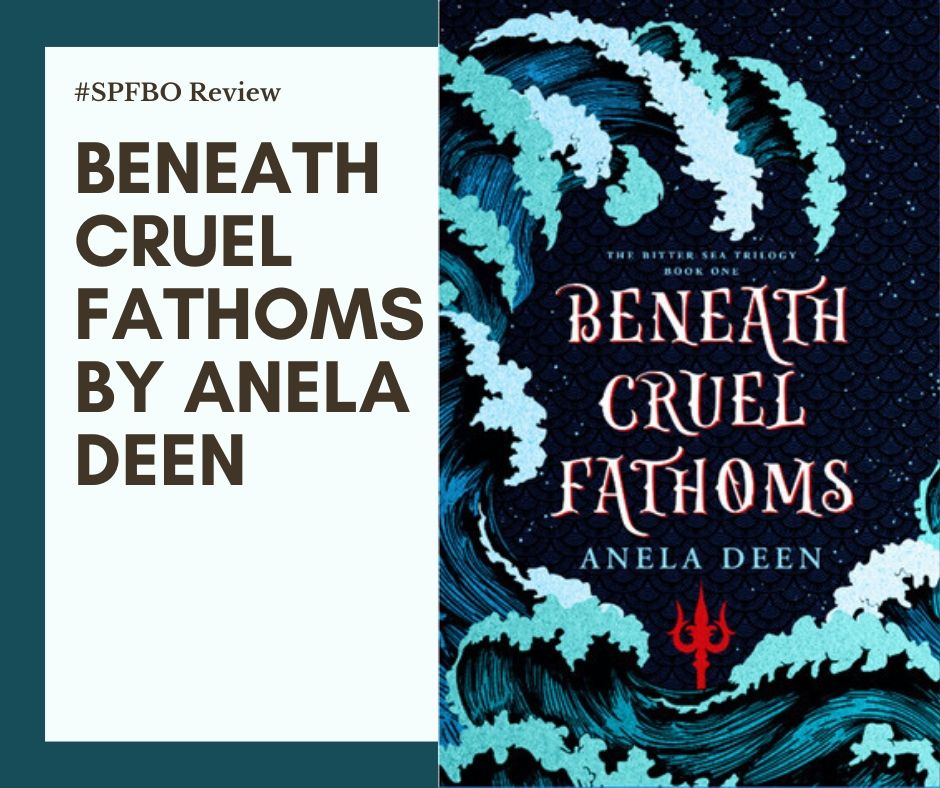 After a violent storm destroys her ship, Isaura Johansdottir knows better than to hope she’ll be rescued from Eisland’s vast Failock Sea. Adrift and alone, her plans to start over lost, it’s a tragic conclusion after the disastrous end of her marriage—until she’s saved by Leonel, one of the merfolk, a creature long believed extinct. In repayment for her life, Leonel enlists her help to investigate the Failock’s mysterious and deadly plague of squalls. But when Isaura discovers Eisland’s ruthless new Lord commands the storms, her life will be in more danger on land than it ever was at sea.

As guardian of the Fathoms, Leonel must find the cause of unnatural storms ravaging the tidal currents and destroying the sea life. There are rumors of dark magic stirring in the Orom Abyss, the resting place of old, vanquished gods who tried to submerge the land millennia ago. Yet without proof, no one in King Ægir’s court will listen to him. And if it’s discovered he broke the Blue Laws to save a shipwrecked landweller, he might not survive the consequences.

As storms spread, Leonel and Isaura uncover secrets as forbidden as the bond that grows between them. Betrayal lurks in the restless sea, and when ancient powers lay siege to Eisland’s coast, the truth may be drowned along with everything else.

Gender-flipped Little Mermaid with some Norse mythology thrown in? Yes, please! If you like sweet romance that grows out of mutual respect and understanding, then you’ll also enjoy this tale.

Leonel saves Isaura from drowning for selfish reasons, but he learns to trust her kindness. It helps a lot that you get the right POV scenes from each character so you know what motivates their actions that seem cold or strange to the other. Both are complex characters with problems in their past that they must overcome before they can finally accept their feelings. They have to love and accept themselves before they can let another person into their heart, which is a powerful message and well-executed.

The descriptions of the ocean, the magical storms, and the merfolk experiences are all great. I picked up a lot of books with the ocean in the cover and/or the description as part of the SPFBO competition, and I have to say that this one has delivered the best so far. It felt like I was really there in the water. On the other hand, I felt that there could have been more description of Aegirheim and the Norse gods, but maybe these will get more detail in later books. This seems to be a new twist on Norse mythology so I am still figuring out how it all works.

The plot is also exciting and I didn’t see the ending coming. I can’t wait to read the next book so I can find out what happens. But it looks like it will be released sometime next year so I’m keeping an eye out. I’ve read one other book by this author, A Ransom of Flames, which was in SPFBO 2, but this story was much stronger and had a clear plot to follow.

Trigger warning: infertility. The issue is discussed in delicate, gentle terms but it may still be upsetting for readers who struggle with IF.

Overall, I liked this book. I recommend it to fans of fantasy romance, mermaids, and Norse mythology.

Fantasy Friday: Queen of Dragons by J. A. Andrews