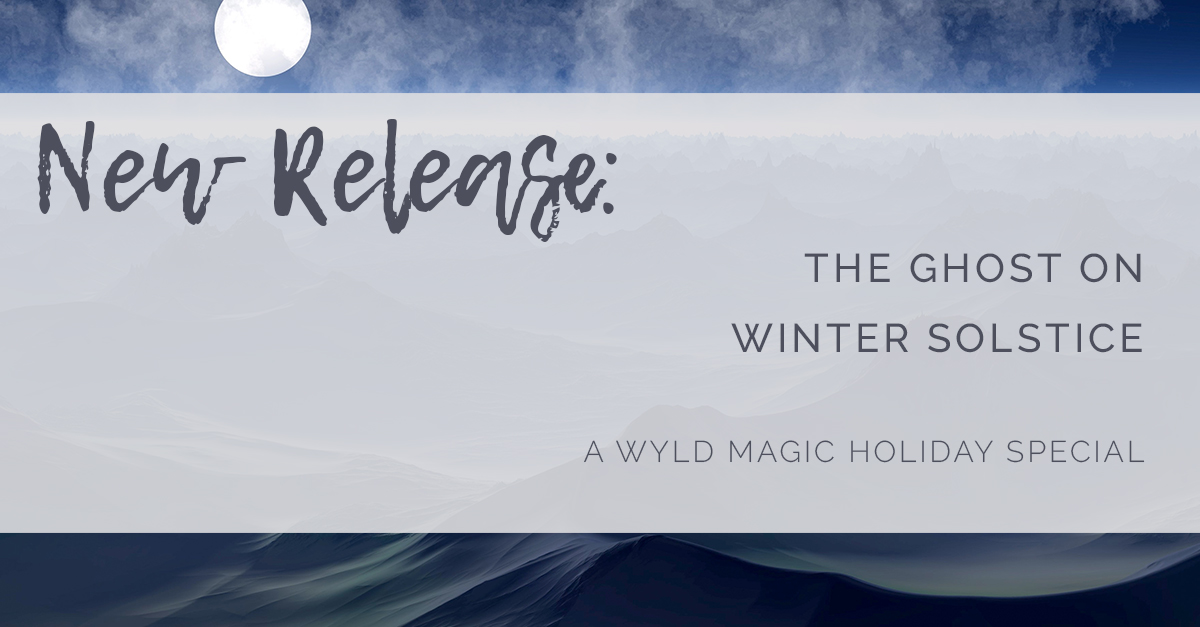 It’s Friday the 13th and there’s a full moon, the perfect time to tell a spooky ghost story. I wanted to share a variety of holiday stories this season and ghosts have a long-standing tradition in the dark of winter. (Just ask Ebeneezer Scrooge!) So today’s story release is “The Ghost on Winter Solstice,” a Wyld Magic holiday special.

A ghost appears in a pregnant woman’s room on Winter Solstice Eve. Is it a warning for her future or revealing secrets of the past?
Mercenary-turned-duchess Korinna is about to publicly announce her new pregnancy on the Winter Solstice. But a ghost appears in her bedroom the night before, making her fear for the unborn child’s life. When she asks her husband for help, both are surprised to find out the truth about the spirit.
Dedicated to those who have served in the military and paid the ultimate sacrifice.
“The Ghost on Winter Solstice” is a holiday story of Wyld Magic, the epic fantasy series. This takes place during the middle of the events of book two, A Pride of Gryphons, but it can be read as a stand-alone.

The Divine Warriors Series is Wide!