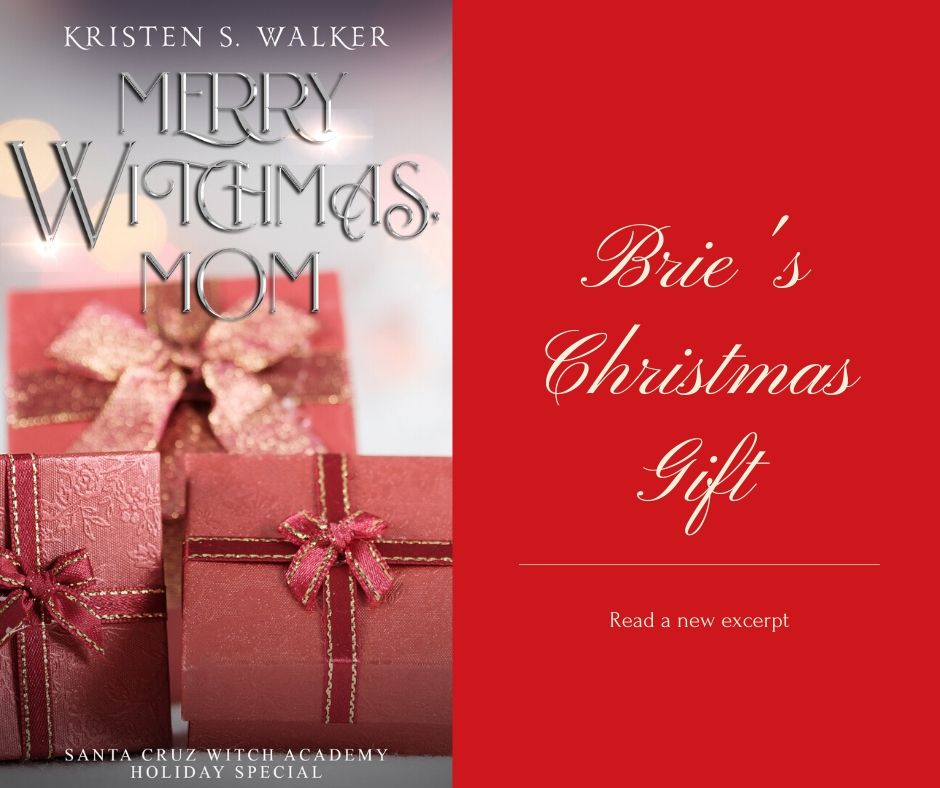 It’s the final week of the Winter Holiday story releases which leads us up to my newest series, Santa Cruz Witch Academy! If you’ve read the Fae of Calaveras trilogy, you’re already familiar with some of the characters. Now, this is a spoiler for the end of the series if you don’t know who Rosa ends up with romantically. I hope that I foreshadowed it in the books leading up to the end but you never know what people will pick up on and what they could miss. Also, if you don’t know the repercussions for the magical community in general. But the book is five years old so I can’t keep it a secret forever.

Spoilers for the end of Witch Gate

First, Rosa picked Ashleigh. They’ve been really close friends for years and Ash is the one that Rosa always turns to when she’s in trouble. Also, when the love potion went wrong in Midwinter Night’s Dream, it sparked something between them that they were trying not to talk about. By the way, that same love potion was also the start of the relationship between Heather and Glen. Ashleigh never really wanted to marry Glen or become Countess, so when she decided to defy her mother for the arranged marriage, she was free to admit her true feelings and Rosa also realized how much Ashleigh meant to her. Rosa went through a couple of different relationships over the course of the series but Ashleigh was always meant to be her True Love.

Second spoiler gets more complicated. Rosa’s mom was working with the Unseelie Court to defy the Seelie Court who was controlling the Gates between the human world and the Fae Realm. She opened her own gate which tore the fabric of reality and caused magical chaos in the human world. Rosa managed to close it, but then the magical community had to deal with the fallout.

So Santa Cruz Witch Academy takes place twenty years later when lots of things have changed. Magikin have more rights and can cross the Veil more freely, but humans’ magic has been curtailed because people are afraid of what they can do. Sorcery is illegal, period. Witchcraft has heavy restrictions which means that witches can’t practice magic freely until they’re eighteen, but when they are sixteen they can start learning their powers in a government-controlled school. This is different than Rosa’s time because she got her powers when she was thirteen and she was trained by her mother at home.

Brie is the (human) daughter of Rosa and Ashleigh. Rosa is her birth mother because they didn’t want to have a child who is tied to Ashleigh’s complicated Fae bloodline, but they did choose an Irish sperm donor so she is related to Ashleigh’s human heritage. Both moms want Brie to become a witch but she doesn’t want to go to the witch school where Rosa teaches. In the fall of her sophomore year of high school, when she would have to apply to a witch school, Brie has been resisting the idea. But now she decides to surprise her moms on Christmas with a special gift.

I did yet another check on all the forms and took a deep breath. Once I printed this out, there was no going back. There was a knot in my stomach from months of deliberating over this decision. But I knew how much it meant to my mother. I hit the print button.

Sticking my head out into the hallway, I listened for both of my mothers. Laughter drifted out of the kitchen and the oven door slammed. Good, they were still busy. I could finish the present without ruining the surprise.

I tiptoed down the hall to my mothers’ office. The printer whirred, spitting out one sheet after another. I picked up the first one, still warm from the machine, and skimmed it a final time. My full name had shrunk to fit on a single line, Bridget Rosemary Quinn-McAddams.

I folded all the sheets, using my nail to crease them evenly, and tucked them inside an envelope with a little gift bow on the front. Here goes nothing.

My footsteps echoed loudly on the wooden floor as I marched into the kitchen.

My parents were bent over the counter with a pile of cookies, sprinkles, and frosting. They looked like total opposites. Mama Rosa was short and human, like me, with her dark curls escaping from her messy bun. You wouldn’t guess she was a witch except she was tracing magic runes on the cookies she decorated. Mama Ashleigh was tall and graceful, with her Fae blood giving a faint glow to her pale skin and golden hair. Her cookies had more traditional designs, picture-perfect even though she refused to use her magic. But when they both looked up, they had the same look of love and pride.

I held out the envelope with a flourish. “Merry Christmas, Mama Rosa.”

Mama Rosa took it with a smile. “What’s that, Brie?”

Mama Ashleigh shared a conspiratorial glance with me. We’d discussed my choice a lot, and actually, she was the one who finally convinced me to do it. “Why don’t you open it?” she said, gently nudging her wife.

Mama Rosa cracked the seal and slipped out the papers. Her eyes widened when she saw the application. “You’re applying to witch school?” she squealed with delight. Then her face fell when she saw the school crest. “In Santa Cruz?”

Write for Yourself (An Affirmation)