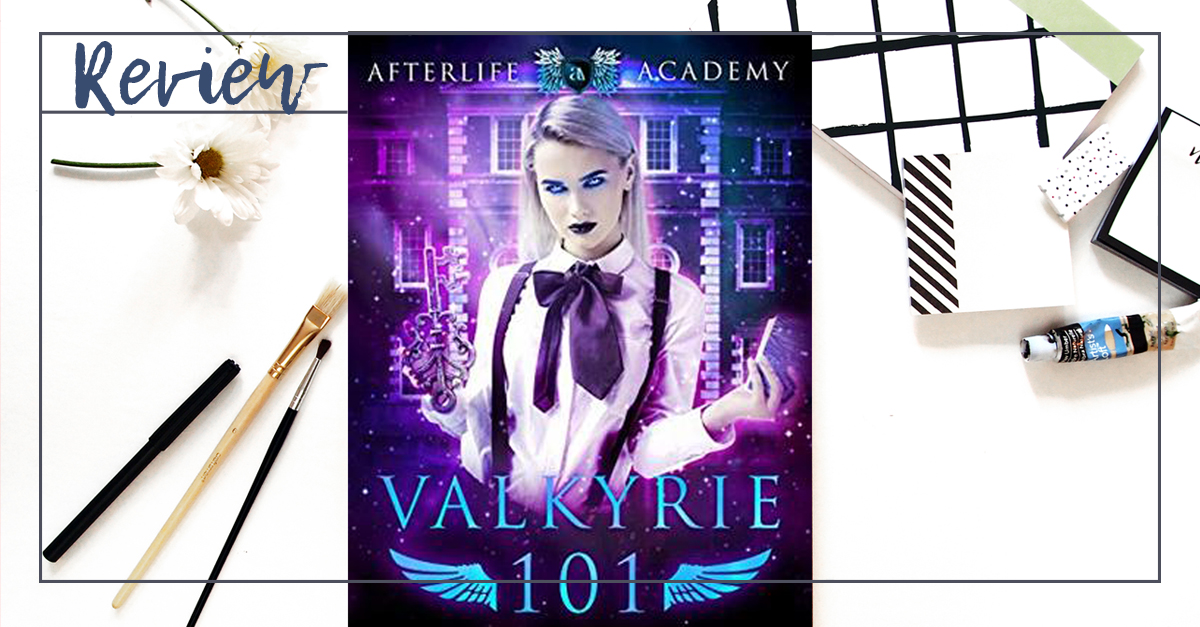 Her dream comes at the price of human souls.

Ylva has always wanted to become a Valkyrie, and now she’s enrolled in her first year at Afterlife Academy, she’s getting her chance. But nothing is simple about bringing souls to Valhalla and she soon finds herself embroiled in ancient rivalries and new friendships.

With more human souls in need of collection than ever before, Ylva and her classmates are about to get a crash course in death.

–
Valkyrie 101 is book one of the Afterlife Academy: Valkyrie, an urban fantasy academy series with a lesbian romance.

The Afterlife Academy specialises in teaching paranormals how to help human souls pass onto the next phase, whether that’s by guiding them gently, preparing them for rebirth, or cutting them loose with a scythe.

Part of becoming a Valkyrie includes learning how to:
– Open the gates of Valhalla
– Train your pet wolf
– Harvest a soul
– Earn wings
– Die and come back from it

This was an exciting start to a new series with an intriguing premise. Every student in the Afterlife Academy must learn how to collect souls from the recently departed to usher them onto the afterlife, but there are several types of roles they can take which are mostly dictated by race. Ylva is studying to become a valkyrie she is a Wind Child. There are also others like Reapers, Shinigami, and Wood Elves. The races are mostly separated in the school, but there is some conflict caused by things like Ylva’s roommate is a Dragon (studying to be a Shinigami) and there is a Wood Elf in the Valkyrie program. So Ylva has to learn more about the other races and compromise with them.

This is also a lesbian romance with growing attraction between Ylva and her roommate, the Dragon Ryoko. Ylva doesn’t seem to have considered her own sexual orientation before, so it comes as a shock to her that she’s developing feelings for another girl… particularly one of another race. This pushes Ylva to grow outside of her comfort zone and think about life from other people’s perspectives.

I enjoyed learning about all the Valkyrie classes and magic. The wolves, which act like partners or familiars to the Valkyries, were especially fun and cute. There is a mystery at the heart of the plot, but it doesn’t make much progress until the very end. The story ends on a cliff-hanger to be resolved in future books.

It’s mostly a light, fun read with cute lesbians and puppies. The writing isn’t particularly skillful with occasional errors in grammar and continuity, but not enough to make me want to stop reading. I will probably pick up future books in the series soon so I can find out what happens next.

#SPFBO Review: The Gates of Golorath

Fantasy Friday: Touch of the Mage by D. D. Chance