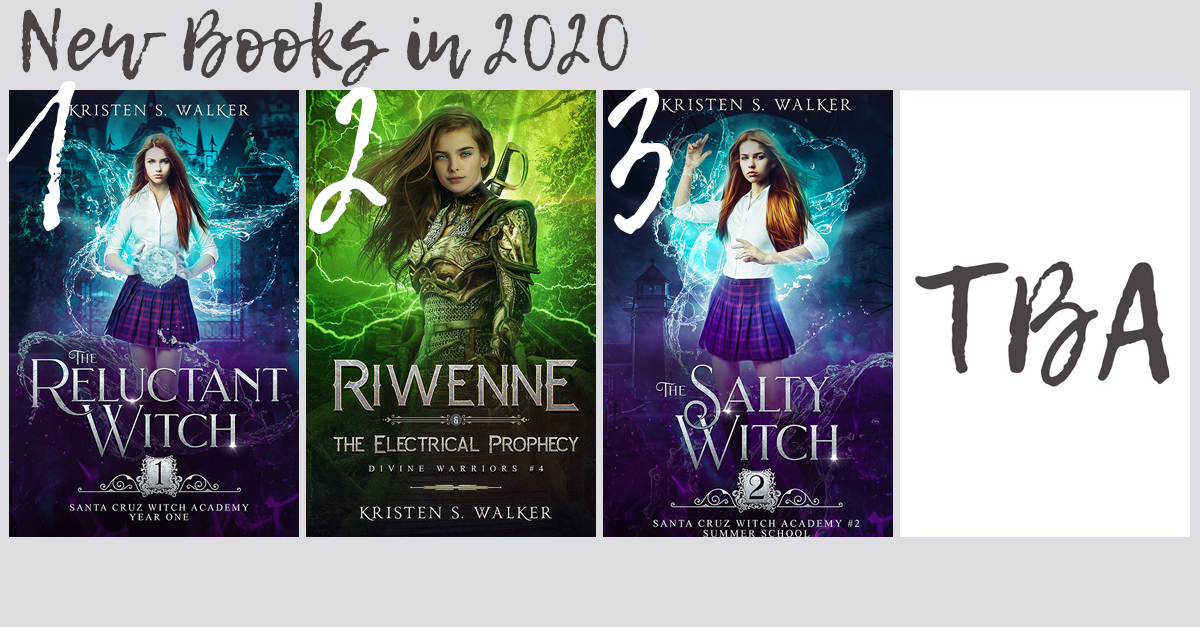 Welcome to the new year! I’ve had a great holiday break where I spent a lot of time with my family, caught up on my television and video game backlog, went on a few adventures, and managed to read a few books in between. I’m so excited for this new year, this new decade, and everything coming up. I have big plans so let’s jump right into it!

You hopefully know already that I have two books on pre-order for this year. Now I’ve added a third. Next week the first book of my new series drops: The Reluctant Witch. And I’m already planning the next installment of Santa Cruz Witch Academy.

A young witch who has been bitten by love before. A drop-dead gorgeous vampire who likes to live wild. Could a summer fling help them get over their hangups about love?
Brie has to make up for all the classes that she missed when she was sneaking off to meet her mermaid girlfriend, so she’s stuck in summer school. But after homework is done, she should be allowed to have a little fun. What better place to hang out than the Santa Cruz Boardwalk? With a seasonal pass, she can go on roller coasters and watch free concerts on the beach every night.
The vampires at the Boardwalk are harmless because it’s illegal for them to feed on people. It’s still a bad idea to date one, but Brie wants a little fun on the rebound. Lucinda says she doesn’t want anything serious. A casual summer romance could be just the thing for both of them.
Then bodies start showing up on the beach, drained of blood. People are quick to blame the vampires and Brie fears the worst, but Lucinda insists that they’re innocent. Together, they could find the truth about what’s really going on… or Brie could be heading into another trap.
Can she trust her new girlfriend or did Brie make another deadly dating mistake?