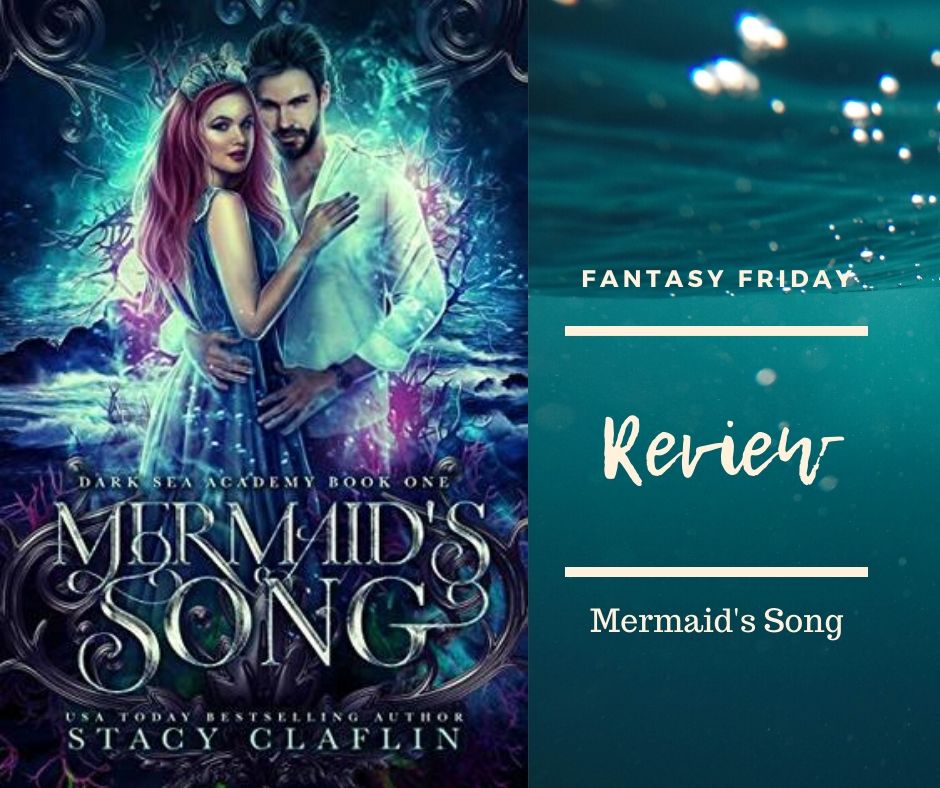 I live a double life—and it’s about to tangle me in its net.

I’m Marra Ayers, a mermaid pretending to be human. Or at least, I was. It’s over now that my uncle died, making my dad the new king of Valora. My parents are dragging me away from the life I love to our undersea kingdom. And to make matters worse, everybody hates us.

My parents send me straight to the Dark Sea Academy, where the building is creepy and the students are worse. The dean pairs me with a student to show me the ropes.

I get stuck with Bash, who’s one wrong move from being expelled, and showing me around is his latest punishment. He’s as gorgeous as he is arrogant. And an incredible guitarist, as it turns out. Not that it matters. We can’t stand each other, and when my orientation is over, we’ll go our separate ways. Good riddance.

Whispers and glares greet me at every turn, and the most popular girl has it out for me. My first night, she tries to kill me. Then, bloodied and bruised, I run into Bash. And this time, he actually seems to care…

He keeps looking at me with concern in his eyes while giving me this crooked smirk. Kind of makes me forget how irritating he is. Almost makes me forget all my problems.

But I can’t let myself get side-tracked by him. I won’t.

If I’m to survive the academy, I need to focus on staying alive. Unfortunately, that means relying on Bash—and he’s a distraction that could very well cost me everything.

This book had an interesting premise: it’s an academy for magical beings, but in this case, it’s mermaids and the academy is totally underwater. The merfolk have magic that fixes some of the problems of building a civilization under the sea, like magic lights and something that preserves the texture of their food. Marra was living in the water when she was young, but she seems to have forgotten most about how her own culture and civilization works because she’s grown so used to living on the land, so it’s like she’s discovering most of these things for the first time. But that means we get to learn and experience these things with her.

Unfortunately, there isn’t really enough time to explore this fascinating world. Everything happens very quickly without a lot of breathing room between events or time for Marra to process her feelings. One moment, she’s living on the land, and we barely get a glimpse of her “normal” life or what she loves about the land. Considering that the spends the rest of the book wanting to go back, it would have been nice to understand more about why she is so attached to her old life, school, and friends. Instead, we are quickly launched into the sea, then the school.

There are typical school problems like learning how to deal with the course load, school bullies, a crush who sends mixed signals, tough teachers, and so on. But there are also palace politics which quickly take over the typical school story and some kind of prophecy involving a legendary mermaid queen.

It just needs more detail and time to explain what’s going on. In addition, the main character gets a little frustrating as time goes on. I liked her less as she changed with the plot. Also, she didn’t seem to have enough emotional reaction to some things, like the violence.

I have to admit, I read the second book in this series after and I liked it less than the first. I don’t know if I’ll read the final book in the trilogy because I didn’t really like where the prophecy seemed to be going. Marra wanted to go back to the land, then she wanted to help her parents, but then I’m not sure what her motivation was… to play with her cool powers? To be with her merfolk crush instead of her human crush? She keeps saying that she doesn’t want to fulfill the prophecy but she feels compelled to do it at the same time and doesn’t really ask anyone for help.

It could still be a fun read for fans of mermaids, paranormal romance, and academy books, but don’t go into it with high expectations.

My Top Ten YA Books (When I Was a Teen)