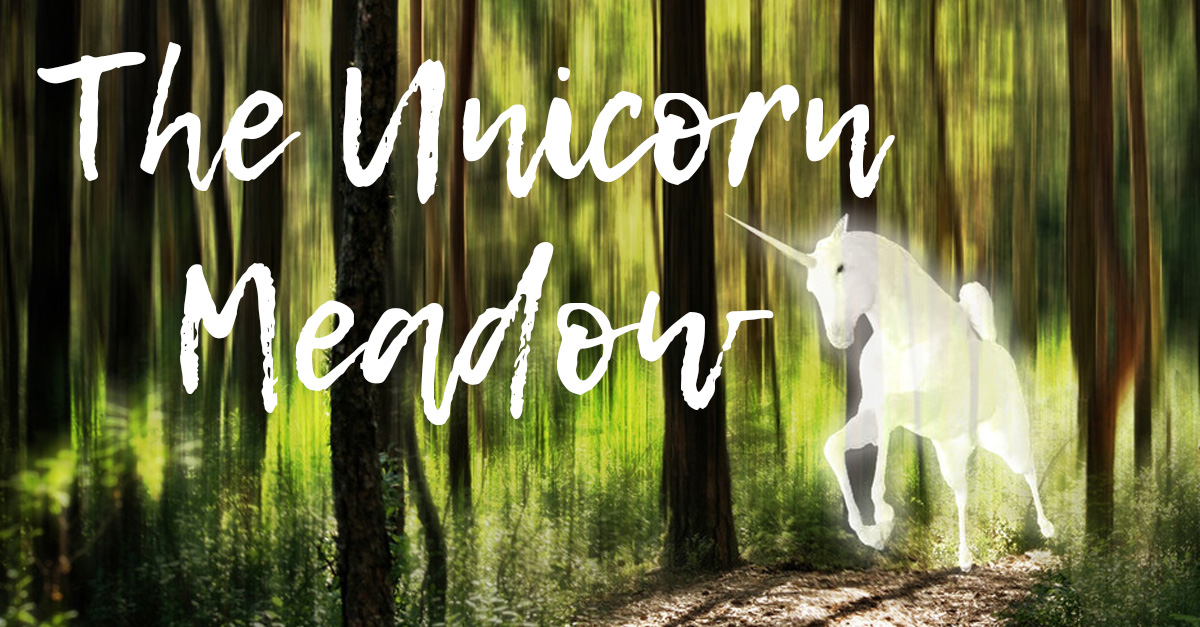 Welcome back to Writing Wednesday! I’m just putting the finishing touches on The Reluctant Witch, ready to publish it on Monday! I can’t believe that it’s almost here. I’m already hearing very nice things from my beta readers. Can’t wait for the rest of you to see Santa Cruz Witch Academy for the first time.

To share another taste with you, here’s a section from an early part of the book when Brie gets a tour of the school campus. The academy has all the mundane necessities like classrooms and dining halls, but they also have magical places like the witch’s herb garden and the unicorn meadow.

Brie will be spending more time in this unicorn meadow and learning about its secrets in future books. But here’s her first visit.

Hailey Shows Off the Unicorn Meadow

The tour group walked out of the woods. I blinked in the bright midmorning sunshine and looked around. To the southeast, I saw the athletic center which included the pool for the swim team. Directly to the south, I saw an open field with tall obstacles for flight training and several buildings. In the southwest, there was another open area, but it was fenced off with a ring of oak trees for privacy.

Hailey pointed at the ring of trees and beckoned us forward. Her squirrel raced up into the trees and looked down at us expectantly. “This way,” she said. But before we got too close, she stopped us and raised her hands for attention. “A couple of ground rules. First, keep your voices down and don’t make any sudden movements. The unicorns are easily startled. Second, keep your distance—at least one hundred yards away at all times. Do not attempt to touch or feed them. And third, don’t turn your back on a unicorn. Remember, these are wild animals with sharp horns and powerful magic.”

Despite her warnings, I saw several people taking their phones out. I rolled my eyes again. There were a million pictures of unicorns on the internet, but everyone wanted their own blurry selfie.

I folded my arms and hung back from the others. It wasn’t my first time seeing a unicorn. There was one old stallion that liked to visit the Fae court back home, and when I was little, Mama Ashleigh had gotten permission for me to pet him. His coat was softer than velvet and his mane reflected rainbows like a prism, so it was cool, but lots of magical creatures were like that. I guess I never caught the same fever that other little girls did.

We tiptoed through the oak trees and stopped at the edge of the unicorn meadow. Several unicorns were scattered around, most of them grazing on wildflowers. One rested in the shade under a tree. A few turned to look at us, flicking their ears in our direction, but mostly they just looked bored.

Hailey kept a sharp eye on our group. The Crystal Unicorn Girls gasped and grabbed each other, letting out muffled cries, but Hailey shushed them. One of the Broom Jockey guys took a step too close, and the RA grabbed his arm to pull him back in line. She was like an experienced preschool teacher with a herd of toddlers—nothing got past her.

NaNoWriMo: Ahead of Schedule & Fully Funded!