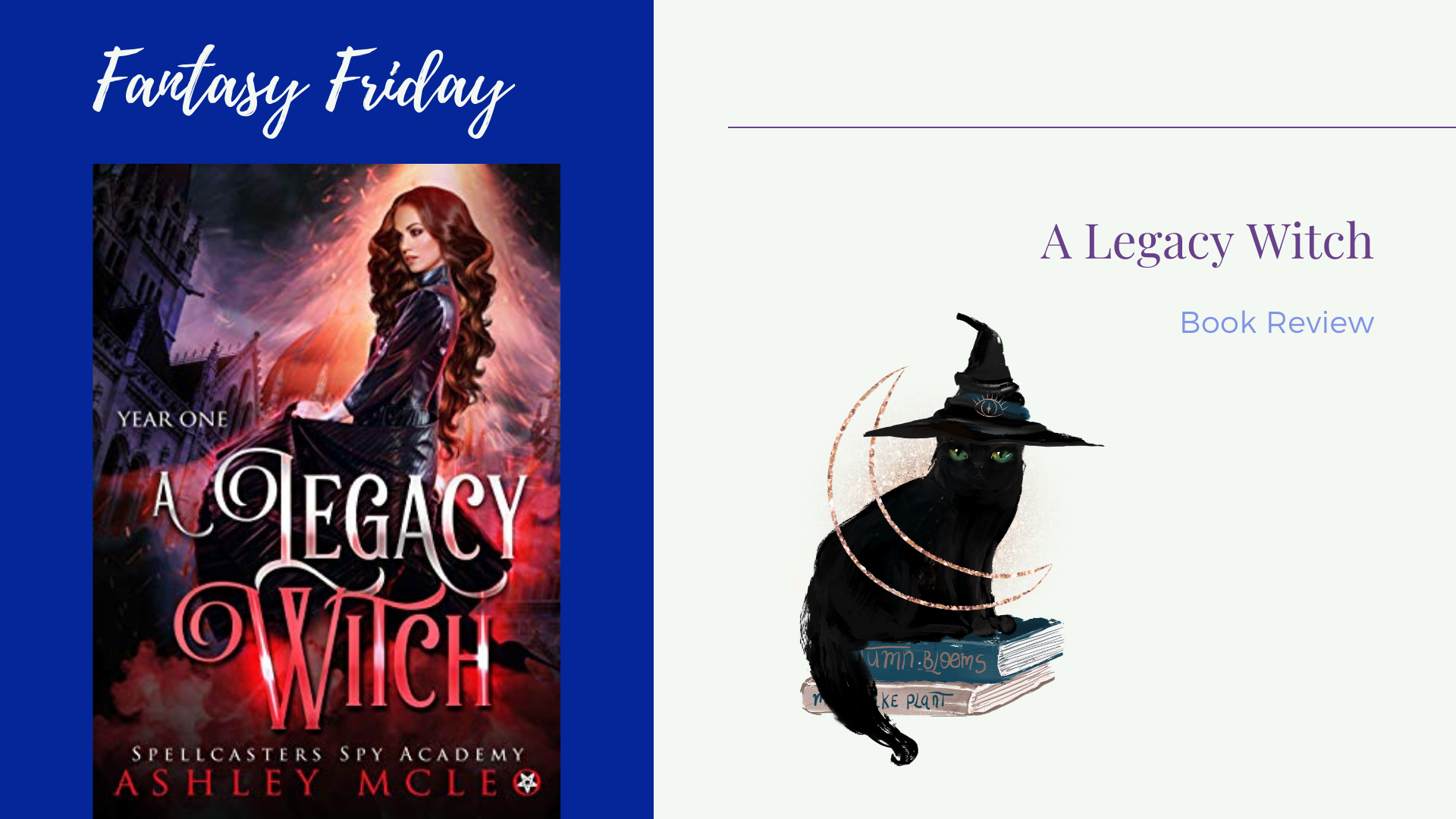 Magic and espionage are in my blood.

But my parents don’t want me attending their alma mater, Spellcasters Spy Academy. They think I can’t hack it. Of course, I plan on proving them wrong.

If I can stay alive long enough.

Someone is attacking witches in my year, and I seem to always be nearby when they strike.

I swear I have nothing to do with it. Shoot, I can barely get my magic to cooperate. But convincing some people of my innocence is impossible. Like hot-as-hell Alex Wardwell, who despises me because of one dumb mistake.

So between proving my parents wrong, passing the trials Spellcasters has in store, trying to convince Alex that he has me pegged wrong, and simply staying alive, it looks like I’m going to have a busy year.

Thank the universe I’ve always been up for a challenge.

This book was a mixed bag for me. I was excited to read it because I heard there were references to Arthurian legends. If you go into it expecting any kind of mythology, though, you’re going to be disappointed.

It started out fairly strong. The main character, Odette, seemed shallow and selfish but I had hopes that she would get better with time. At least she was trying to be friendly, even if her idea of making friends was to throw a party that most of the students didn’t seem to care about. But she shrugs it off like–well, like she seems to shrug off everything rather quickly.

Like the fact that she knows nothing about magic unlike virtually every other student at the school. I realize that her parents were refusing to teach her any magic (for reasons that are revealed later), but if she was so determined to go to a magic school, why wouldn’t she have tried to learn on her own? She didn’t even read the entrance paperwork before orientation. And once she sees how far behind she is, she just complains about how hard things are but doesn’t put in extra work to improve until someone else ultimately figures out how to help her.

The book is fairly detailed for about the first two months of school. You can read how Odette is training in magic, how students are getting attacked and dying, and then the first test of their powers. But then it switches to summaries that tell rather than show most of the action. Just a few scenes quickly show how Odette gets a boyfriend, figures out what’s wrong with her powers, and passes the second test. More time is spent describing random jewelry than how she is actually improving or worrying about her problems.

Then the Arthurian legends finally get referenced in the smallest way. Merlin and Morgan Le Fay are mentioned as powerful witches in the past but there is nothing that ties to older stories. From the descriptions, it could have been any random male and female witches. Maybe there will be more about the legends in later books in this series, but so far it was disappointing.

Finally, the overdramatic description of the school doesn’t follow through. At the start of the year, the teachers emphasize that their first year is called The Culling because not every student is expected to pass. With three tests, they must succeed in at least two or they could be kicked out, and it’s stated that it is possible to die in the tests. But no one actually fails any test (I’m not sure it was even possible to fail the second one). Out of thirty-one at the start of the year, three students die in random attacks outside of the tests and then two more drop out right before the final test because of the deaths. But deaths were supposedly expected in the dangerous spy school?

There were some interesting scenes and ideas in this story, but the overall story didn’t make much sense to me and it seemed to jump around too much in the narrative. I don’t plan to read further books in this series.

Review: The Prophecy of Arcadia