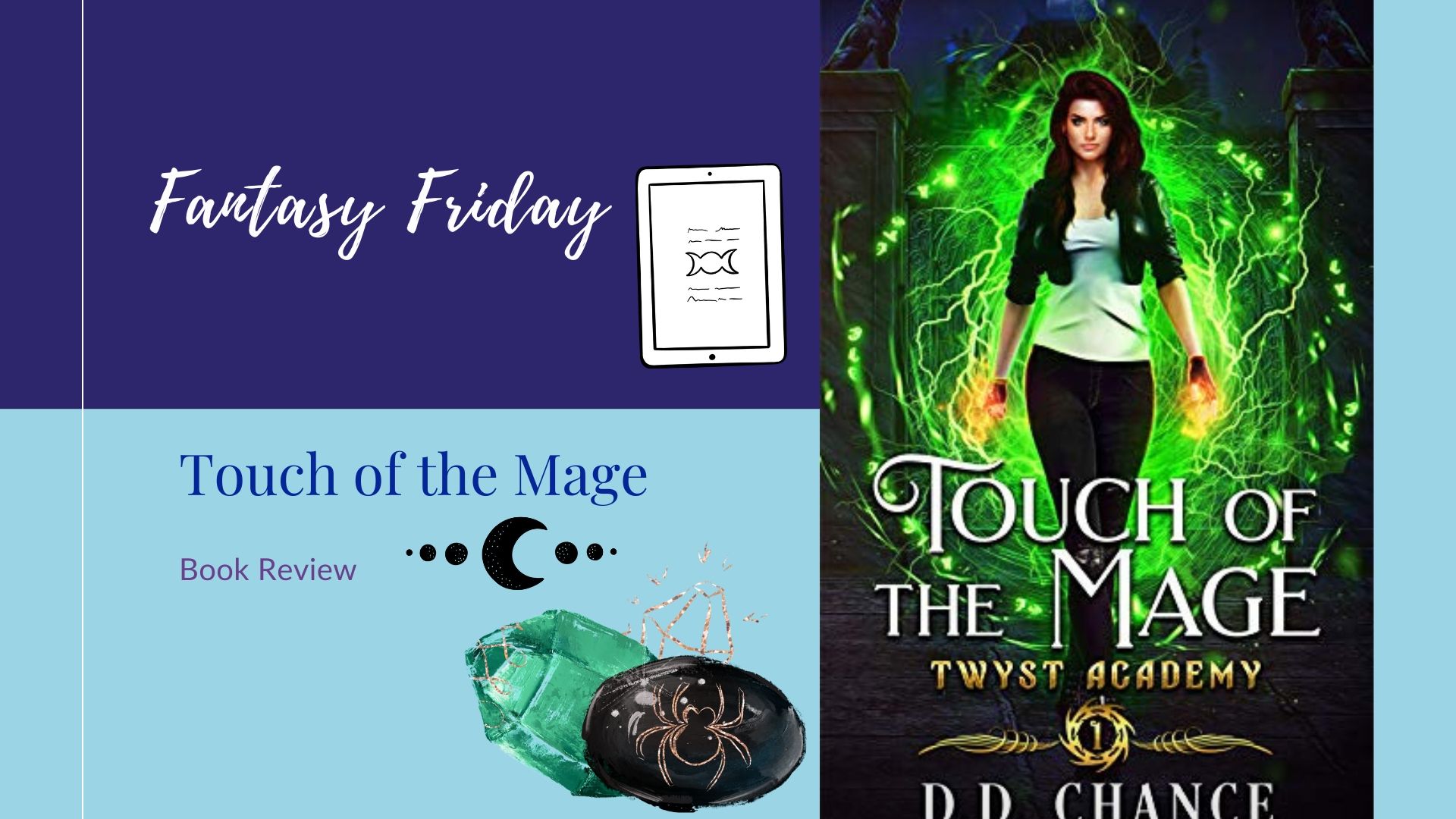 Life at the academy just got… messy.

I’ve always dreamed of getting into a top college, but after a stint in juvie, my school prospects went sideways fast. Now I work at a magic academy…as a janitor. Ironic, right?

Okay, so maybe I get a kick out of secretly solving the arcane equations the professors leave on the board for the rich, entitled student wizards. I’m broke, not stupid.

Except then I get caught by the hottest mage on campus…who ropes me into helping him and his three equally gorgeous friends win a decidedly screwed-up magic competition.

Easy enough, I think—until I start setting things on fire and getting chased by smoke-faced monsters and fighting side by side with four of the sexiest, most powerful wizards ever…and find myself—just maybe—falling in love…

With all of them.

The strength of this story is in the characters. Maddigan is a sympathetic character from the start because she’s a janitor. Her habits and reactions are very realistic for someone with her background (growing up in poverty/foster care), where she constantly worries about where her next meal is coming from, downplaying herself to avoid attracting attention (which could be dangerous), and refusing to get attached to any people or objects. Even when things turn around for her, it doesn’t automatically undo a lifetime of hardship.

At first, I thought I wouldn’t like any of the boys because of the contrast. They obviously come from very privileged, sheltered families. But their care for Maddigan redeems them. The way that they make her part of their group and protect her even when they don’t understand all of her fears. Also, each one is a complete individual with their own strengths and weaknesses instead of just filling stereotypical roles like “the brooding one” and “the strong one.” For example, the big strong guy, Luke, is also the healer. The bonds of friendship between the boys is also an important part of the story and they feel natural like they’ve spent a lot of time together.

What made things a little frustrating for me was the number of questions raised by the story that weren’t answered. I know this is the first book in a series, so they won’t learn everything right away. But it felt like some of the mysteries weren’t revealed for arbitrary reasons. I wish there had been a little less info-dumping and maybe some things could have been put off until later books when they might be closer to uncovering the answers.

The pacing of the story was also a little strange. I thought they would spend the entire book training, but then they abruptly started the Mage Trials. I didn’t know that they would be going in and out of the mage trials with breaks in between each stage. It was nice to see some action, but there wasn’t enough time for them to really get their footing as a group. The info about the Mage Trials seems almost contradictory sometimes because they dump so much at once and then find out something else.

Hopefully future books in this series will answer more questions and smooth out some of the bumps. I’ll be waiting for the next installment to be released.

Book Review: Dark is Her Nature