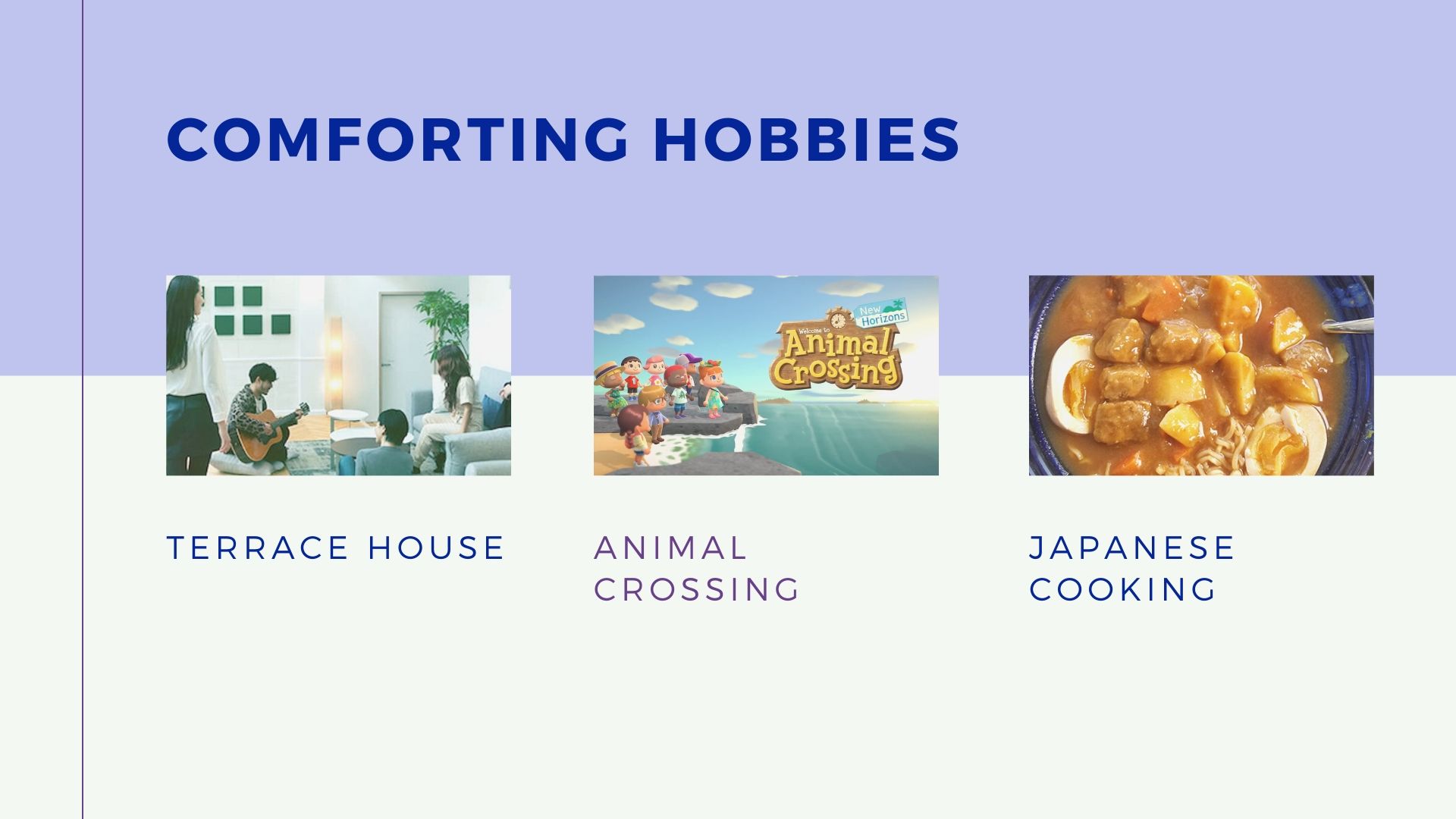 Anxiety and stress are high right now in the current crisis. I’m very fortunate in that my family is safe at home and we have all the necessities we need including a steady source of income. So far, the worst that’s happened is some inconvenience in shopping for groceries and we had to cancel some plans. But it’s still stressful to read the news and hear about the state of the world. My heart goes out to everyone who is suffering from illness, losing their jobs, dealing with extra stress because they’re in an essential job, struggling to take care of family members, and otherwise having a tough time.

I don’t want to talk about the bad stuff. There are many pastimes that I can use to distract myself. When I was thinking about what to share, I realized that some of my favorites share a common theme: Japanese culture.

I’ve been a fan of the Animal Crossing series of video games for a few years and I was already looking forward to the latest installment. The release date happened to coincide with this quarantine and it’s been the perfect distraction. The rain and the order to shelter in place have made it hard for me to get outside in the real world, but in the meantime, I can run around a virtual island and enjoy fruit, flowers, fishing, bugs, and making new friends.

If you have a Nintendo Switch, I recommend getting this game. Unfortunately, because of the sudden demand, Switches now seem to be sold out so it’s tough to get the console if you don’t already have one. But if you don’t, the mobile version of the game, Pocket Camp, is free to play. (There are microtransactions, but I’ve never felt limited in the gameplay without paying money, unlike most mobile games.) I love this version too because it has a lot of seasonal events.

If you want to add me as a friend in Pocket Camp, here is my friend code:

Last year, I was lucky enough to go to the National Cherry Blossom Festival in person. It’s an amazing celebration of Japanese-American culture. You may have seen some of my photos on Instagram.

This year, because of the quarantine, the festival has gone virtual. You can stream videos from performers online and view the cherry blossoms in the tidal basin.

The most calming version of reality TV, so much that it’s sometimes called the antidote to reality TV. There’s just not that much drama. Watch as six Japanese young adults live together in a shared house. Sometimes a couple might start dating, but that’s not the main focus of the show. It’s more commonly about their everyday lives as they go to work, shop for groceries, cook food and clean the house. They make friends, go on fun trips to places like the beach or snowboarding, and support each other with their goals and dreams for the future.

This originally aired in Japan on Fuji TV, but you can get most seasons with English subtitles on Netflix. The “seasons” are for each location and housemates rotate through every few months. One season, Aloha State, took place in Hawaii and included visiting Japanese nationals as well as Japanese-American residents. The current season is set in Tokyo but the episodes come out a few months after they’re recorded so it’s only up through January and doesn’t mention the current health crisis. Production hasn’t been affected so far.

It’s a great way to see many aspects of daily life in Japan. Sometimes it may seem shallow and focused on boosting their careers with certain housemates who are models or actors, but others are more wholesome like the captain of a women’s ice hockey team (Tsubasa in the Karuizawa series, Opening New Doors) and an architect (Hando aka Han-san in the first Tokyo series, Boys & Girls in the City).

Restaurants are supposed to be open for take-out and delivery, but a lot of local businesses have been shutting down during the shelter in place. And because the grocery stores are constantly running out of staples, it’s harder to find specific ingredients. But we’ve been getting creative with our cooking at home and coming up with some new meals to enjoy.

For a while, there was no rice in the store at all. How do you do Japanese cooking without rice? But then I saw a Japanese show mention curry ramen. (The show is called Midnight Diner: Tokyo Stories, also on Netflix, and it features a lot of tasty-looking food. At the end of every episode, they explain how to cook the dish. Another wholesome series to watch.) I had a few packets of instant ramen so I boiled one, added Japanese-style curry and a soft-boiled egg. The result was delicious!

By the way, Yuri went to the vet today and had her feeding tube removed. She’s been eating great on her own and gained back two pounds. Normally she was about ten pounds, but at her lowest during this illness, she dropped below six pounds, which was really scary. Today she is eight. We will continue to monitor her and give her steroids to manage her IBD, but it seems like she is finally getting back to her normal self and so happy to be free of the tube.

My Tips for Working From Home

Why I Will (Not) Use My Religion in My Stories