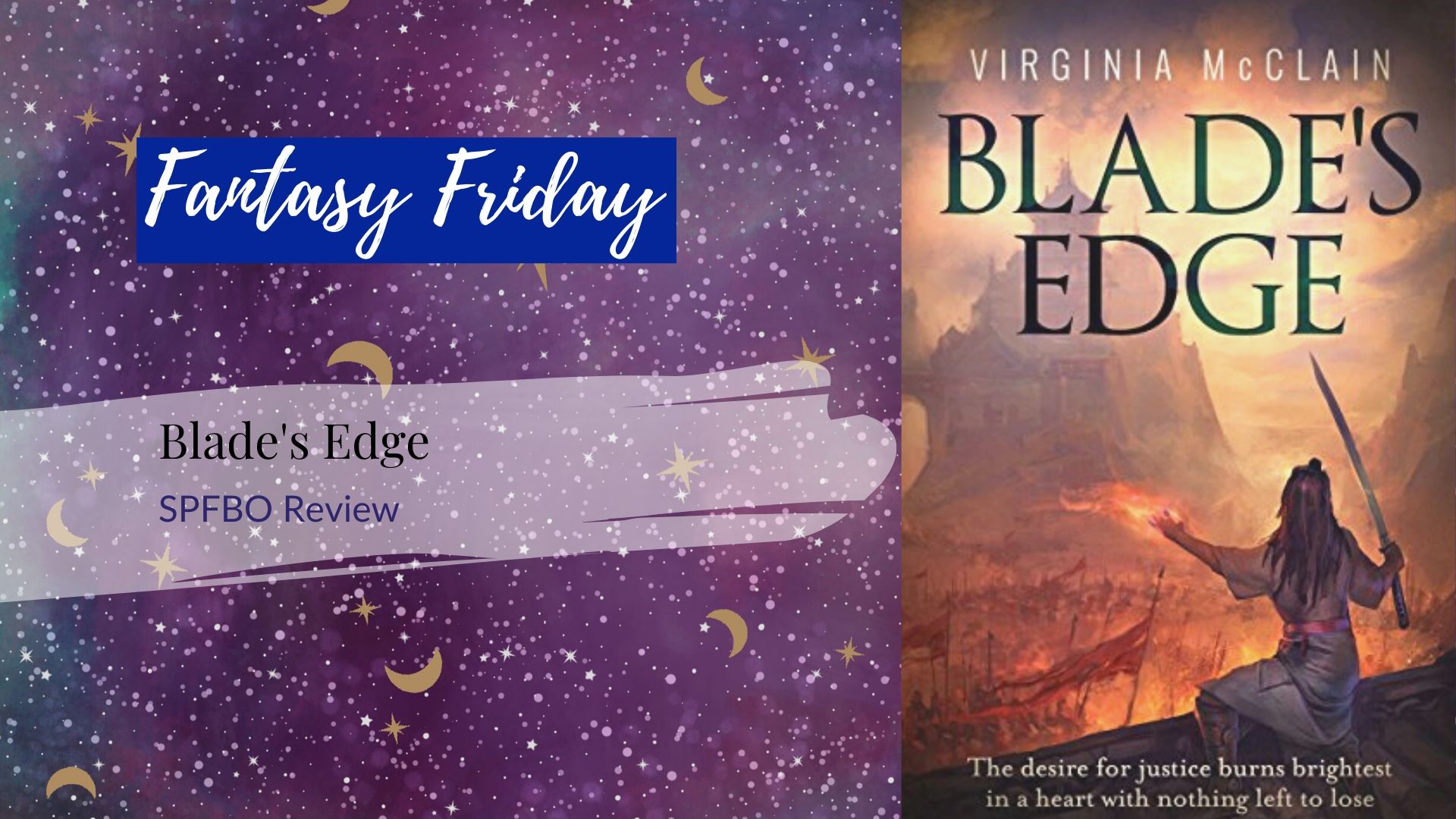 Mishi and Taka live each day of their lives with the shadow of death lurking behind them. The struggle to hide the elemental powers that mark the two girls as Kisōshi separates them from the other orphans, yet forges a deep bond between them.

When Mishi is dragged from the orphanage at the age of eight, the girls are unsure if or when they will find each other again. While their powers grow with each season-cycle, the girls must come to terms with their true selves–Mishi as a warrior, Taka as a healer–as they forge separate paths which lead to the same horrifying discovery.

The Rōjū council’s dark secret is one that it has spent centuries killing to keep, and Mishi and Taka know too much. The two young women have overcome desperate odds in a society where their very existence is a crime, but now that they know the Rōjū’s secret they find themselves fighting for much more than their own survival.

This is a fast-paced high fantasy with a setting inspired by ancient Japan. This SPFBO had more than the usual number of Asian-inspired fantasy novels in the competition, but I can see why this one was chosen as a finalist. There is a level of detail in the world-building and magic system that you don’t often see, yet it’s all integrated into the story in a seamless way.

The book went so fast that I wish it had slowed down a little in places to give it some more breathing room. There’s a lot of ground to cover with two characters growing up and training their powers so I didn’t get as much of the character development in the other relationships. I would have loved more detail at almost any part of the story.

But what is there is excellent. Mishi and Taka are both great characters with a lot of depth and it’s fascinating to learn about their unique powers. The world is also very detailed. The Japanese influence is strong but there’s also a unique history and social structure which has been laid out naturally without info dumping. I felt immersed in the world very quickly and I could picture many scenes vividly in my mind like a movie. By the way, this book would make an excellent martial arts movie or anime.

There is a glossary at the front to help with the terms. You don’t need to be familiar with Japanese to enjoy the book but I think there are some subtle references to catch if you know a little about the language. Like the name Kuma could mean bear, and he is compared to a bear, while another character named Tenshi (angel) is merciful. The fictional terms are also based on Japanese linguistics so they fit in seamlessly.

Overall, it’s a compelling story and it definitely appeals to fans of kick-ass women. There’s also more than one way for these women to be strong, not just wielding a sword and killing people. I recommend it to fans of Tamora Pierce, Robin McKinley, Japanese anime and martial arts. Like Studio Ghibli’s Princess Mononoke.

It’s hinted that certain characters might be LGBTQ but it’s not explicit, supposedly this is revealed in the second book, but I would have liked to get a little more in this one.

Review: The Ruins on Stone Hill