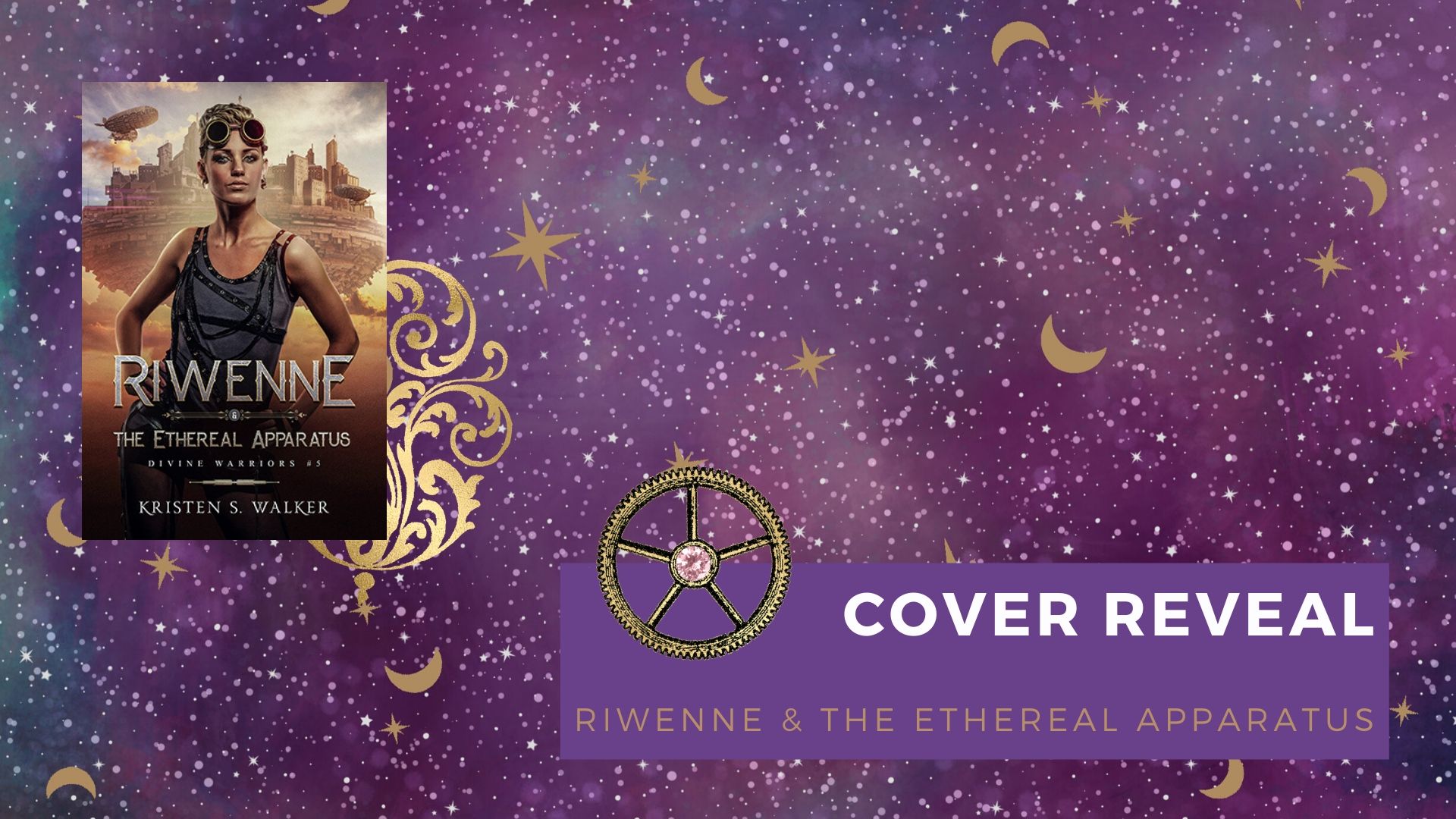 Announcing the next book in the Divine Warriors series: Riwenne & the Ethereal Apparatus! Read on to see the new book cover, blurb, and release date!

A teen girl chosen to wield the power of a goddess. Flying cities falling from the sky. Can she find out why the machines are failing and fix them in time to save everyone?
The teenage prophet Riwenne performed a miracle when she saved her flying city from crashing into the ocean. But no one alive knows how the cities became airborne hundreds of years ago. The high priestess tried to create her own flying city and put a barren rock in the sky, too high for anyone to live on… and now it’s falling.
All the imperial sky cities are falling. The Synthetic Ethereal Apparatus that holds up each capital is failing. If they crash, thousands of homes and businesses will be destroyed. Massive devastation could ruin her enemy’s territory, but at the cost of innocent lives.
To save the floating cities, Riwenne will need more power than she’s ever used before. She must find the secret of the Ethereal Apparatus and how to repair it. She’ll need new allies: the planetary warriors who refused to join her once already. But it also means working with her enemies in the Empire who tried to kill her. She can’t stand by and let their people die.
If they don’t work together, their world will never be the same.

All the Steampunk News

The Divine Warriors Series is Wide!