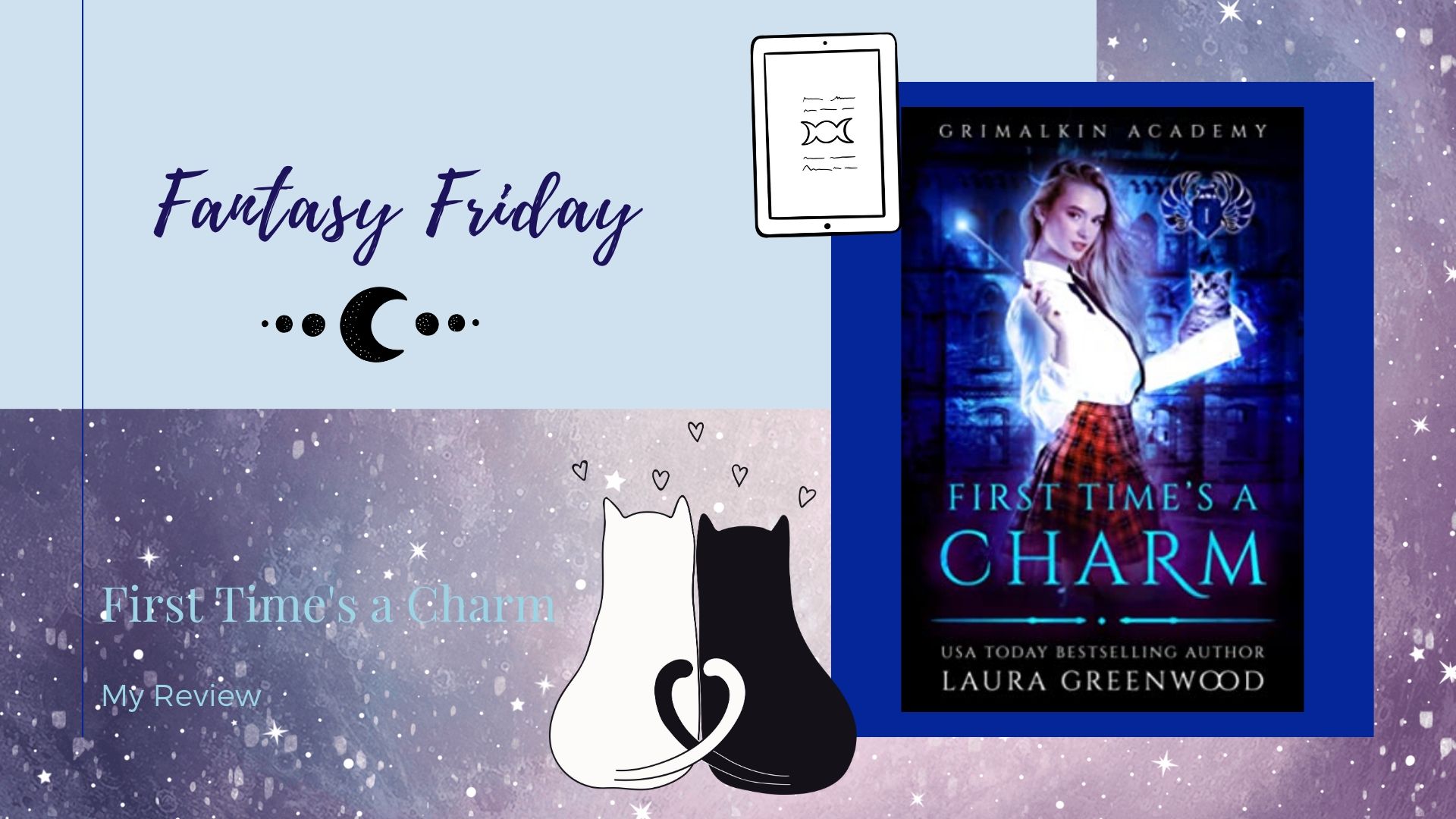 Things might be easier if I could stop conjuring kittens every time I attempt a spell.

I used to be good at magic. That’s how I got into Grimalkin Academy in the first place. Then I was dared by my friends to try a spell way above my abilities. Now, the end of year exams are coming up, and I need to find a way to stop my magic going haywire all the time or I’m going to fail.

At least matters of my heart are easy enough…for now.

Part of me would love being in Mona’s shoes. She’s a witch studying magic and her spells are backfiring, but the only thing bad that happens is every time she casts a spell, she conjures a kitten! But I know that taking care of a bunch of kittens can be a handful. (Sometimes caring for one adult cat is a full-time job, like when she pees on the bed at two am, gets locked into the bathroom, then figures out how to open the bathroom door so she can come back to bed. I hope those magical kittens aren’t smart enough to figure out doorknobs or Mona’s in for some real trouble.)

Mona tries not to use her magic, but she’s in a magic school and that’s not an option. So, she’s getting help from a teacher’s assistant to figure out what’s wrong with her powers. Meanwhile, she also starts dating the new boy at school, but she’s also got a crush on the teacher’s assistant and her best friend’s brother.

I didn’t really care for the other two guys because they didn’t seem to have as much connection to Mona. I liked the boyfriend because he gave her advice with the kittens and seemed genuinely interested in helping her, unlike the TA who is using Mona for his research project. The best friend’s brother was barely there. Maybe we will learn more about the other two guys in future books before she gets involved with them, but right now it seems like there was more time developing the female characters, like Mona’s best friend, and the mean girl/bully character.

But the best part of the story was definitely hearing about the kittens and their antics. I hope they get up to more trouble in future books. If they keep Mona away from stupid dorm parties, even better. I don’t know why she keeps going back when she doesn’t enjoy them and ends up getting bullied.

Overall, the story was a little rushed and choppy but it wasn’t unreadable. I hope the author gets better with future books.