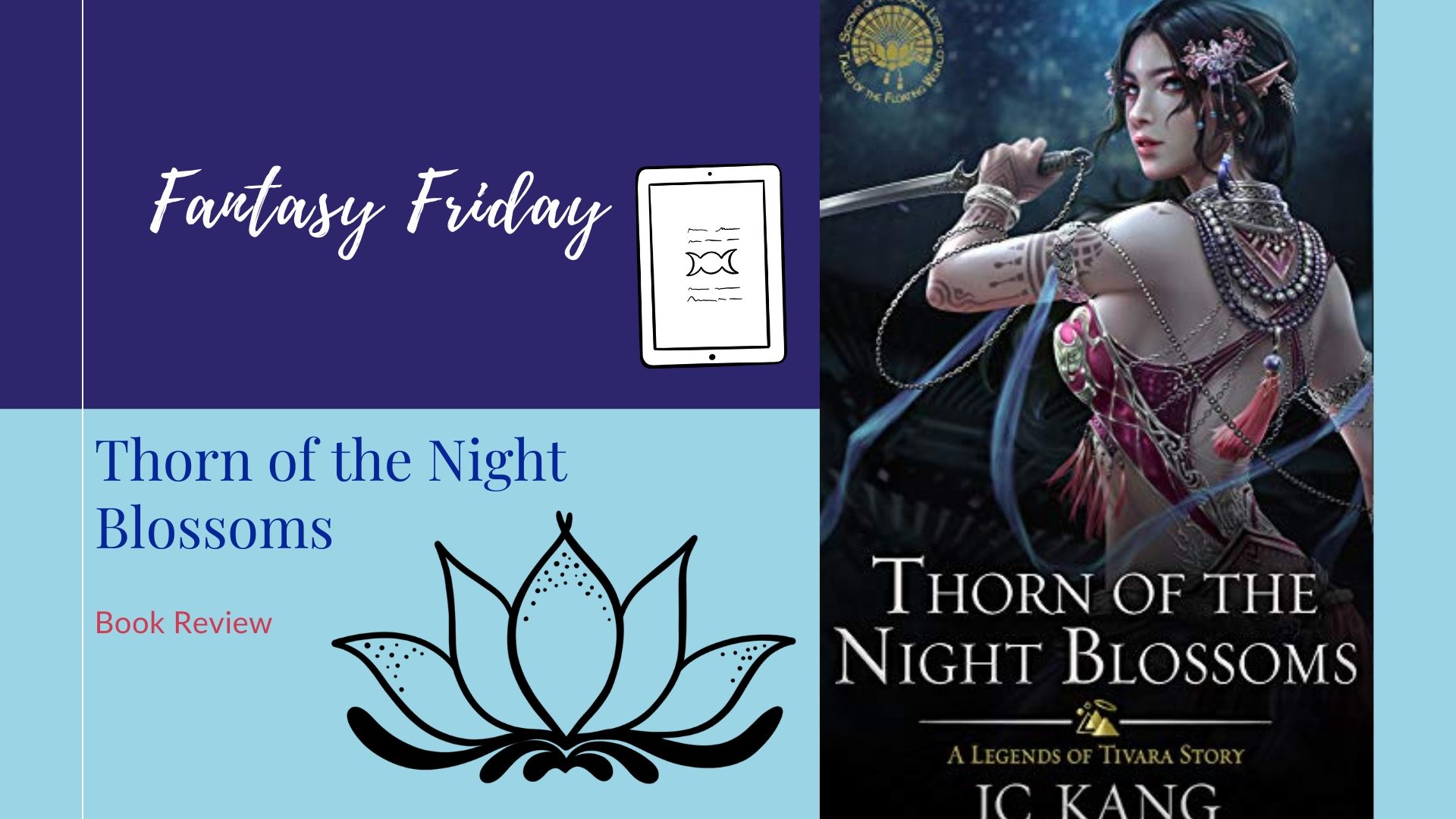 For an imperial assassin, assignment as a courtesan in the Floating World seems like a waste of her talents… until killers target her clan sisters.

In the legendary Floating World, wars are waged with wit, the strongest soldier can be bound with threads of silk, and flesh is the currency by which life, death, and freedom can all be purchased.

Half-elf Jie doesn’t mind her temporary assignment as a Night Blossom in the most sought-after house. It’s perfect cover for her real work as an assassin in the emperor’s service, and keeps her close to one who matters most. Her life belongs to her clan, but her heart lies with clan junior, Lilian.

Lilian’s talents trade stealth for sensuality, poison for poetry. With looks as sharp as any blade, she can coax information from any man, and still leave him paying for the pleasure. She’s enthralled many a noble, none more important than the warlord who can calm a brewing insurrection. Only her sweet whispers can secure his obedience to the throne.

But now, his increasing abuse has Jie seeking a new assignment for Lilian—even if it means their separation. When killers target clan sisters, and the seeds of rebellion find fertile soil in the Floating World, Jie must choose between loyalty and love.

After last week, I was inspired to try more Asian-inspired fantasy. I’ve heard good things about the Scions of the Black Lotus series, so I decided to give it a shot, and I was not disappointed. This one draws more on Chinese culture while incorporating fantasy elements like elves.

The main character Jie is a half-elf assassin who is undercover as a courtesan-in-training. Working as a courtesan allows her and other assassins to gain access to information from powerful political figures, but it’s not an easy life. There is no illusion about the toll that sex work takes on these young women. Jie longs for a way out–both for her and her friend/crush, Lilian.

The story moves along quickly when Jie’s life is threatened and she uncovers hints of a larger plot to hurt her and potentially other girls in her group. Jie is willing to risk herself to save her sisters-in-arms. She will use every ability she has, from her enhanced elvish senses to her extensive training in stealth, poisons, and martial arts.

There is also an interesting style of magic mentioned in the Dragon scrolls. Some paintings (and other items) have artistic decorations with magic secretly woven into them that can influence people.

Mild trigger warnings for non-explicit descriptions of sex work and sexual abuse. It’s not gratuitous (neither is the violence) but it doesn’t sugar-coat things, either.

The main character is bisexual and expresses attraction to women and men. It’s not the main focus but it does have an impact on the story.

It’s a quick, complete story because Jie solves the mystery of the threat but there is a lot left open for future stories, so I plan to read more. Recommended for fans of Asian martial arts and adventure fantasy.

Review: The Tropic of Serpents

Review: Song of the Summer King from #SPFBO