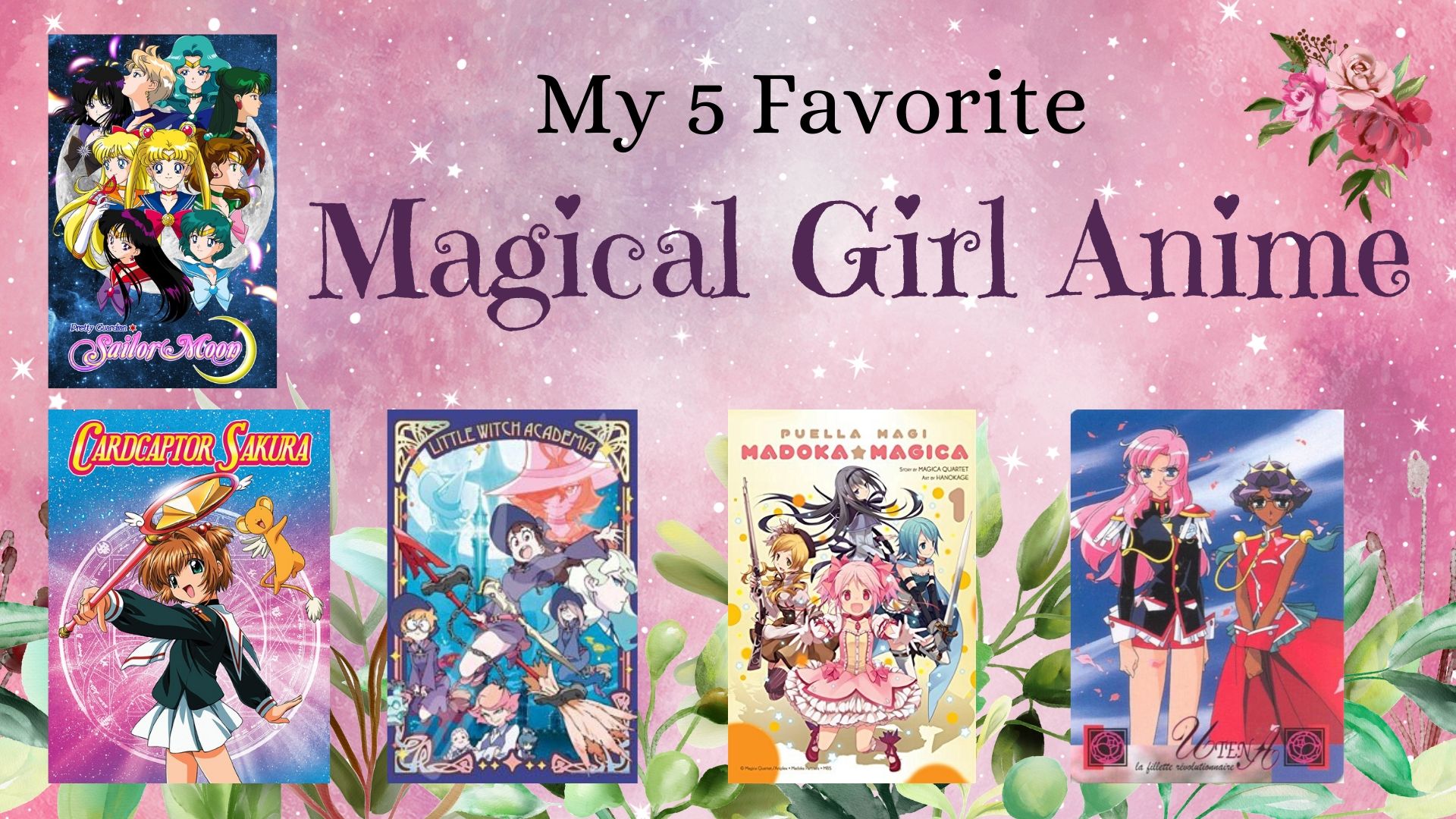 My Divine Warriors series is inspired by the magical girl genre of anime. Magical girl, or “mahou shoujo” as it’s called in Japanese, is a popular style that has been around for decades. You’re probably familiar with the concept of teen girls who suddenly receive magical powers and often have to transform into cute outfits. But did you know that it originally started with witches? The American show “Bewitched” was a huge hit in Japan and it inspired “Himitsu no Akko-chan” and “Sally the Witch,” two series about young witches. The new style was called “majokko” (witch girl) and eventually became magical girl. So Samantha Stevens is the mother of all magical girls!

You’re probably not surprised this is on the list: it’s a perennial favorite and introduced many people to anime. I’ve talked about what it meant to me personally because it has the first queer characters I ever saw.

I started watching the DiC English dub on TV and then a friend from Girl Scouts told me that the Japanese version was better. Back then, the only way to get the uncensored version of the show was to trade bootleg fansubs copied onto VHS tapes. That led me to the manga, the musicals, and later the live-action show. I haven’t been as into the new reboot (although I have watched every episode) but I especially love the new musicals with the all-female cast.

When I’m not watching, I’m often listening to the extensive soundtracks. I have done cosplay, traveled across the country to see the only American musical show to date, and always have at least two items on me: my Sailor moon wallet and engagement ring.

In short, Sailor Moon is life.

Utena is hard to explain because it’s so weird. It’s co-created by an ex-director of Sailor Moon, Kunihiko Ikuhara, who wanted to go darker. It’s the story of a girl who wants to become a prince so she can save other girls. (The queer themes are strong.) So, she gets involved in a secret society at her school where duelists fight each other to gain possession of the Rose Bride who is said to grant the power to revolutionize the world. That’s just scratching the surface. There’s a weird mysticism to the whole thing. The duels symbolize each character’s hopes and fears, the power to revolutionize the world might be to simply grow past their own shortcomings, and there may be a magical prince sleeping in an upside-down castle that hangs above the dueling arena.

I have a hard time recommending the show to everyone because it’s almost faster to list the trigger warnings that don’t apply to this series. There is incest, animal abuse, bullying, suicide, rape, eating disorders, misogyny, homophobia, racism, and the existential dread of that none of this is real, or maybe some people are more real than others, or they’re all trapped by their own fears. In that way, I would say it’s a little bit like Neon Genesis Evangelion. I like weird shows where you have to think about what it might mean and there isn’t a clear answer. The thing that I love the most about this show, though, is the characters, especially Utena and Anthy.

If you want to try something different that could be interpreted in different ways, you might like Utena.

Sakura is younger than your average magical girl (she’s in elementary school, while most are usually in their early teens/junior high) and this show is meant for a younger audience. It’s cute and light-hearted as Sakura tries to catch the missing Clow cards, and she can use the Clow cards she’s collected for different magical abilities. She gets a different outfit in almost every episode, thanks to her best friend. And her animal mascot, Kero-chan, is the cutest one of all time (sorry, Luna). The music is catchy and the show is funny.

(Just don’t ask me to explain Tsubasa: Reservoir Chronicles. That’s a multiverse cross-over with literally every other CLAMP series so it’s not the same Sakura, really. I liked it at the start because I could see old characters again but it got too complicated to follow.)

This show goes back to the original witch theme. I’ve mentioned it on this blog before when I talked about my favorite witch shows. It has a lot of hallmarks of a good magical girl show because the main character is a clumsy misfit with a lot of heart and her strength comes from her friendships with other girls.

Puella Magi Madoka Magica is another magical girl show that turns the genre on its head. The main character, Madoka, finds out that magical girls are real and she meets a creature named Qyuubei who offers to give her magical powers. But there is a lot more to these powers than meets the eye and Madoka will uncover many dark secrets.

This show is very sweet but it’s also dark and contains a few shocking moments. I cried a lot. Then I watched the whole thing again to catch the things that I’d missed in the first viewing. An excellent study in story-telling and unfolding twists over time to surprise a viewer. If you like magical girl anime, you have to see this show.

What magical girl anime shows do you like to watch? I know there are tons I haven’t tried, so shoot me some recommendations!

My Favorite Tools as a Reader