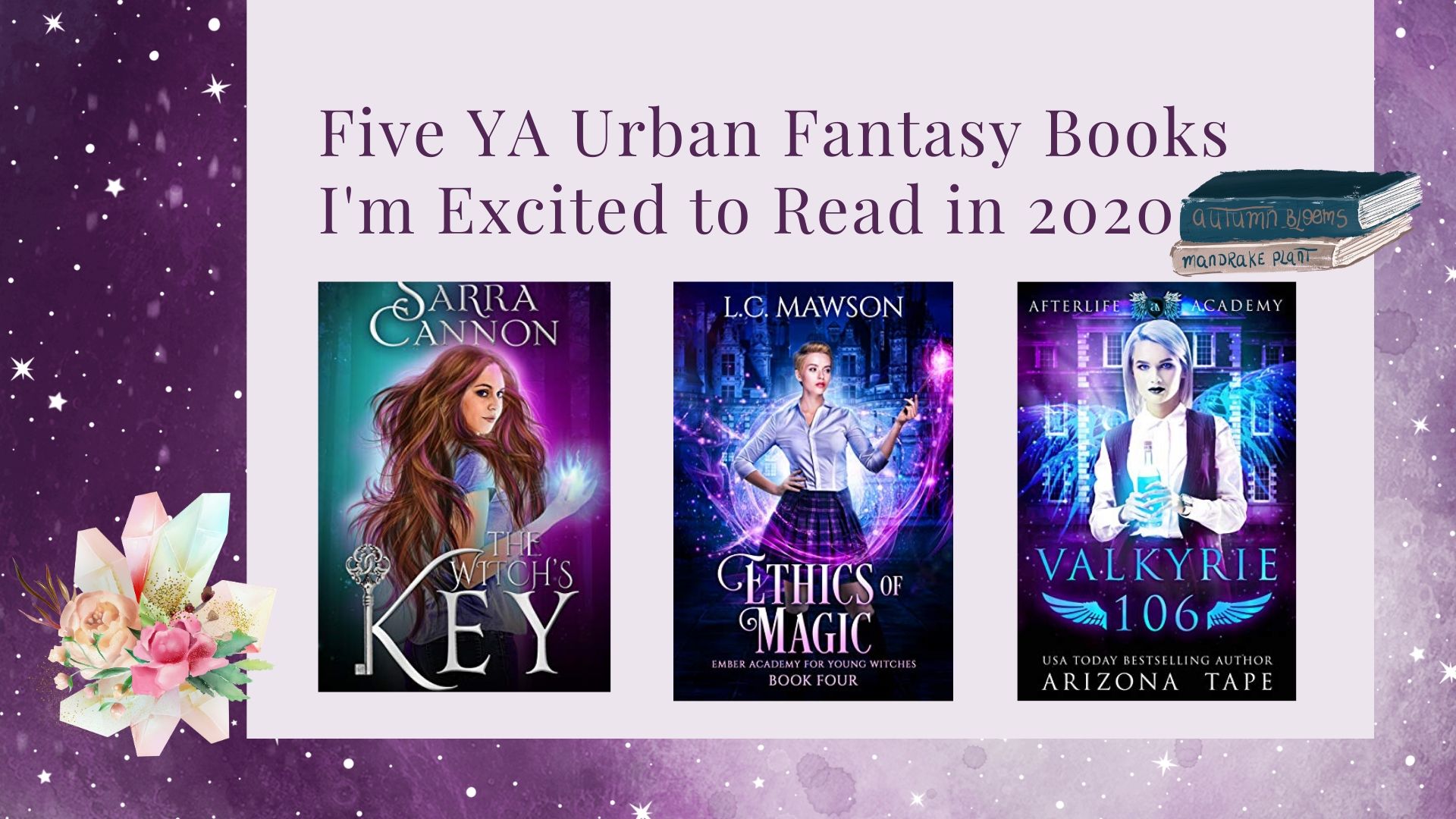 I’m a lifelong lover of fantasy books. I can’t get enough reading about witches, dragons, magic, and adventure. There are some series and authors that I’ve been following who have new releases coming this year, so I wanted to share them with you. In no particular order, here are some new books that I can’t wait to read!

The Witch’s Key by Sarra Cannon

This is the first new book from Sarra Cannon in over a year, and it’s releasing tomorrow! Maybe it shouldn’t count for this list because I have technically already listened to the first version of this book when she read it aloud on her YouTube channel last month. But I know that there are changes made in editing to expand the story and smooth out some parts, so I can’t wait to get my hands on the final version. It’s rare that you get to see an author’s full process from plotting to rough draft to final edited version–what you get when you buy a book is usually heavily polished so you don’t see all the rough spots that happened along the way. But I learn a lot by studying other writers and Sarra has always been very open about sharing her knowledge, so it’s wonderful to learn from her in a new way. Plus, the story was great even in the rough draft, so I’m expecting that the final book will be even better!

There are no preorder links yet, but Sarra Cannon is also planning to finish her long-running Shadow Demons Saga this year. I really hope she can make the time to write books eleven and twelve because I can’t wait to see the conclusion.

I’ve just started reading the third book in this series and the fourth one is already scheduled for release next month. Slow-burn lesbian romance in a witch academy is pretty much my favorite thing ever and L. C. Mawson writes it with skill. I’m not sure how many books she plans on writing in this series but I’m looking forward to every single one.

Speaking of lesbian romance in a magical academy, Arizona Tape is also a wonderful author for queer female characters and her Afterlife Academy series is another favorite of mine. The sixth book will be the final part of Ylva’s story, planned for release in August, and I can’t wait to see how it turns out.

I’m not going to go into my numerous thoughts about the Twilight Saga here because it’s a complicated issue. People shouldn’t hate on the franchise just because teen girls and women like it. But also the relationship between Bella and Edward is very problematic. I don’t know if seeing Edward’s side of the story will make it any better. But I’ve read all the previous books (including the novella) and seen all the movies, so I’m curious how this will turn out. I want to read it for myself instead of listening to second-hand accounts in order to form my own opinion.

Another book without an official preorder link, but it’s been announced on Burke’s website, so it seems like a pretty sure thing. In August, she’s releasing Ashen, a story about a girl living in a cold climate who steals warmth from other people. This is more steampunk than urban fantasy but I can’t wait to read it. Burke has such fun, snarky characters, and she’s done a great job with other steampunk stories like Nyssa Glass and The Heart of the Curiosity, so I’m sure this story won’t disappoint. I’ll share more about this book when there is more information available.

And a Bonus… My Book!

This isn’t a book that I’m going to read, but I’m still looking forward to the release because I’m excited to share it with readers. My next book, The Salty Witch, will be out this summer in July. It’s been an interesting escape to write about Santa Cruz including hanging out at the beach and visiting the Boardwalk, places that will probably be closed through the summer in reality. But although I’m stuck at home far from the ocean, I like to remember the happy times that I’ve had in SC before. I hope my story will be a nice escape for others who are also sheltering in place right now.