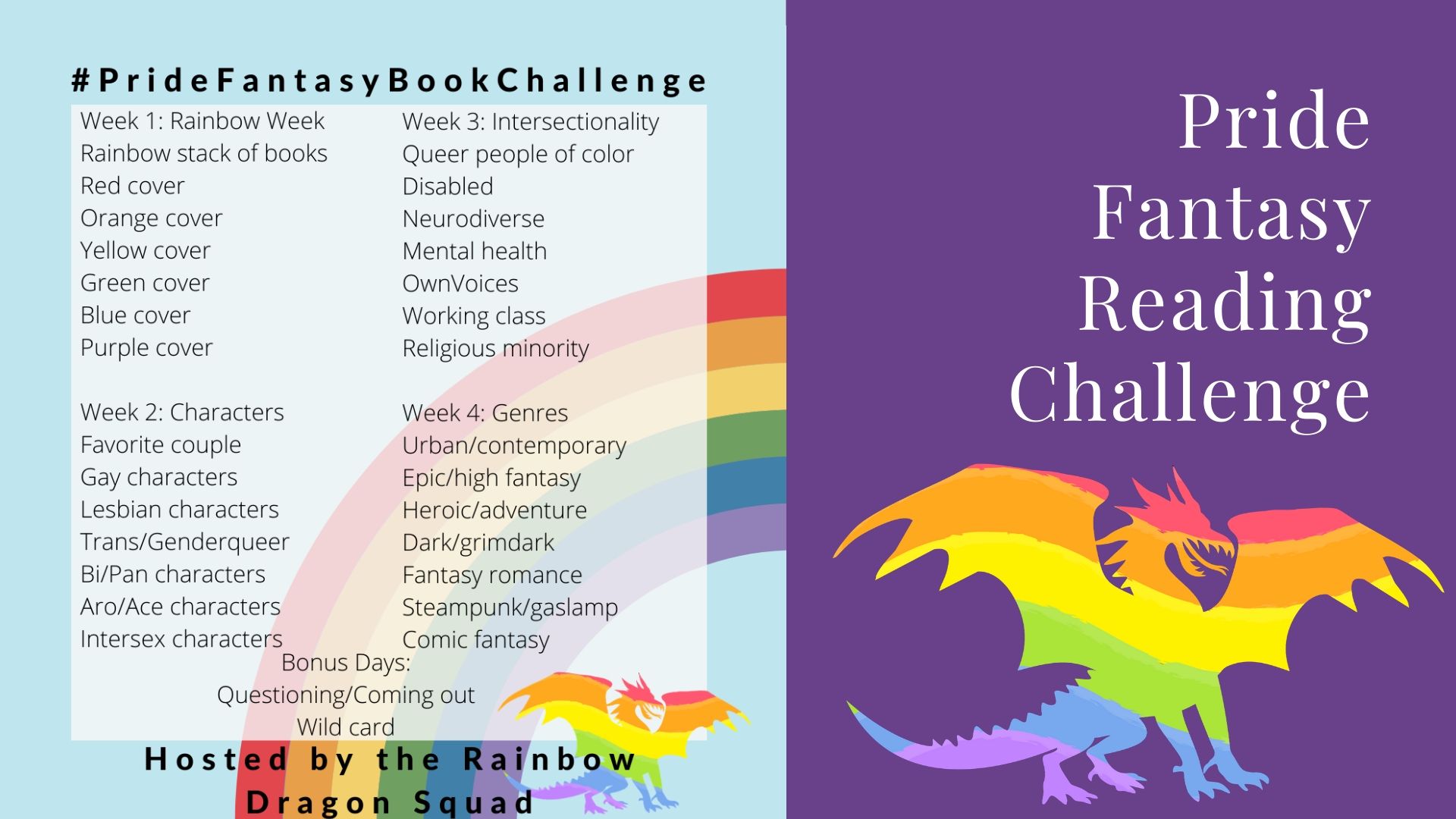 It’s almost June aka Pride Month! For health and safety concerns, most pride events will be virtual this year, but that doesn’t mean we can’t celebrate love in all its forms.

I’m starting a group called the Rainbow Dragon Squad to focus on LGBTQIA+ fantasy fiction and I’d love for you to join us in our first ever reading challenge! I’ve suggested some prompts for each day but they’re not required. If you know any great fantasy books with LGBTQIA+ characters, please share them with the hashtag #PrideFantasyReadingChallenge so we can all find more to add to our TBR lists! Read on for an explanation of the prompts.

We all love beautiful cover art! Let’s add some color by sharing our favorites. Here’s some suggestions to get you started:

This week is all about showcasing characters who identify anywhere in the LGBTQIA+ spectrums of sexual preference and/or gender identity.

Fantasy books that touch on other topics of diversity (as well as LGBTQIA+ issues) including gender, class, race, or ability.

Try to share books in a variety of subgenres in fantasy. I see a lot of talk about diversity in contemporary/urban fantasy but people claim that it’s “unrealistic” in any other time period/setting. Let’s show that LGBTQIA+ characters belong in every part of the fantasy genre! If your favorite isn’t here, feel free to share it!

These four weeks cover 28 days but there are two more days in June. Feel free to fill in with any other topics you’d like to share. Also, you could share a fantasy book that has a major theme about coming out, questioning sexuality/gender, gay rights, or anything else that’s been left out. Most importantly, have fun!

My Top Ten YA Books (When I Was a Teen)