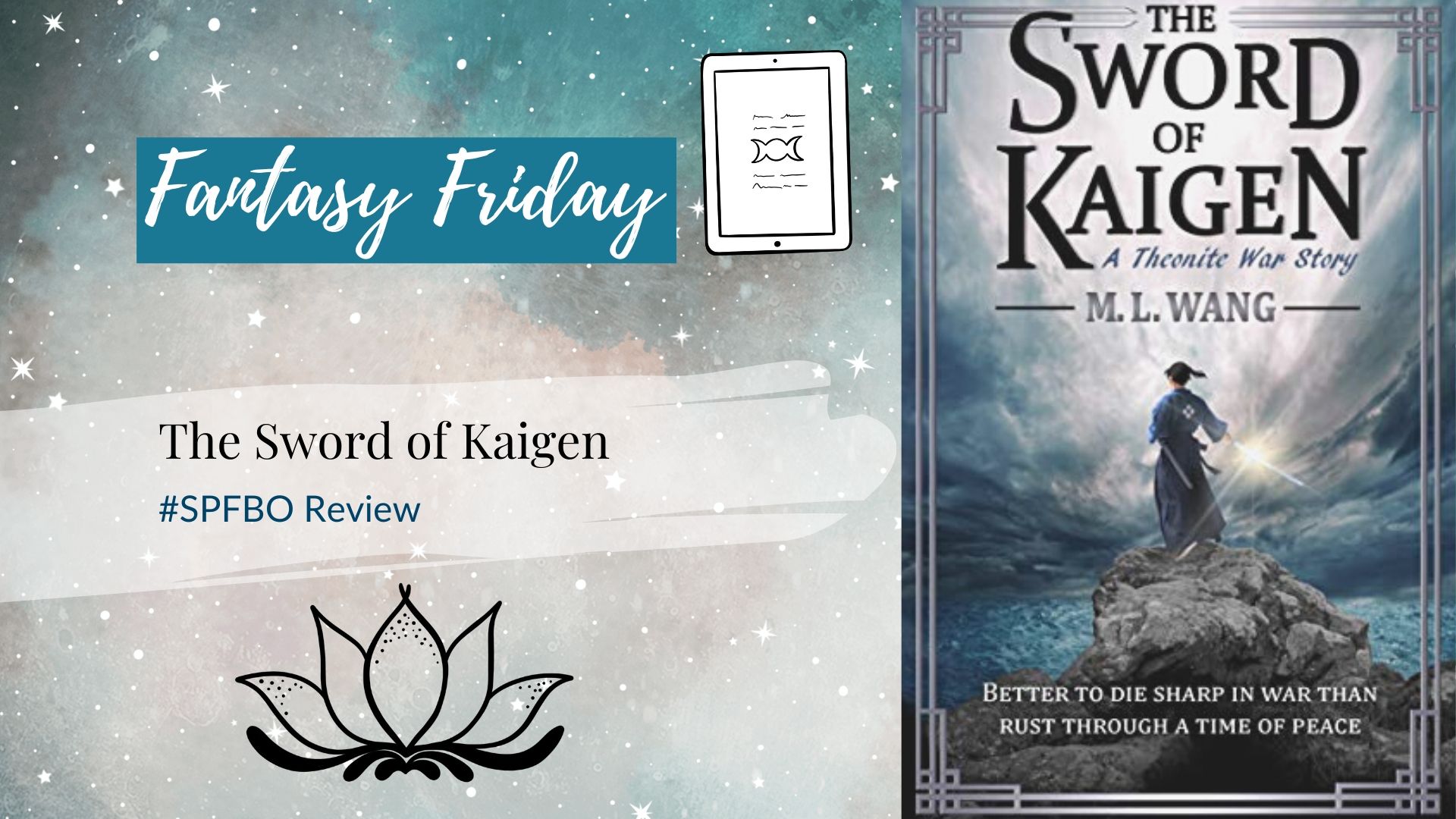 On a mountainside at the edge of the Kaigenese Empire live the most powerful warriors in the world, superhumans capable of raising the sea and wielding blades of ice. For hundreds of years, the fighters of the Kusanagi Peninsula have held the Empire’s enemies at bay, earning their frozen spit of land the name ‘The Sword of Kaigen.’

Born into Kusanagi’s legendary Matsuda family, fourteen-year-old Mamoru has always known his purpose: to master his family’s fighting techniques and defend his homeland. But when an outsider arrives and pulls back the curtain on Kaigen’s alleged age of peace, Mamoru realizes that he might not have much time to become the fighter he was bred to be. Worse, the empire he was bred to defend may stand on a foundation of lies.

Misaki told herself that she left the passions of her youth behind when she married into the Matsuda house. Determined to be a good housewife and mother, she hid away her sword, along with everything from her days as a fighter in a faraway country. But with her growing son asking questions about the outside world, the threat of an impending invasion looming across the sea, and her frigid husband grating on her nerves, Misaki finds the fighter in her clawing its way back to the surface.

When the winds of war reach their peninsula, will the Matsuda family have the strength to defend their empire? Or will they tear each other apart before the true enemies even reach their shores?

This book won the Self-Published Fantasy Blog-Off’s fifth year and it’s easy to see why it’s so well-loved. This is a unique story with nuanced layers as it describes the time before an attack, the attack itself, and then the aftermath. It takes place in an insular community with a traditional way of life to preserve their ancient style of magic so they don’t know much about the outside world. But the main character, Misaki, has more experience from living in other countries and she knows not everything they’re being told by the government is the full truth. It’s up to her to help her family to prepare for a danger that only she knows is coming.

Because of the interwoven timeline and the cultural nuances from various groups that make up the story, this could story could have collapsed under its own complexity if it was written by an inexperienced author. But M. L. Wang doesn’t drop a single thread. The story carries through its many themes from beginning to end in a subtle tapestry that you can’t quite grasp until you see the full picture.

I really liked being able to read about Misaki when she was younger and following one set of ideals, and when she was older and her priorities had changed as a wife and mother. She is a warrior capable of great feats in both timelines but her strengths change with time and experience. And she continues to grow in unexpected ways as the events of the story transform her.

If you like Asian-inspired fantasy, this is an excellent example of using Asian cultures in fantasy, but it’s more than that because it draws on other diverse cultures as well. It’s also rare to see action stories that involve a middle-aged woman, especially one who is a mother, and I think it’s written well to show this uncommon perspective. There’s even a brief mention of a queer character but unfortunately, we don’t get to see much of him.

This is a complete, stand-alone novel set in the same world as M. L. Wang’s Theonite War series, which I haven’t read yet, so I don’t know what details might have been shared before but I didn’t need to know anything to follow along. Also, there is a glossary of terms at the back to track the many words from various languages, but I didn’t reference it because all the words were explained in context.

I highly recommend this book to all readers of fantasy who want to read a longer book. There is action at times but the pace also slows down to reflect on the trauma of the action scenes.