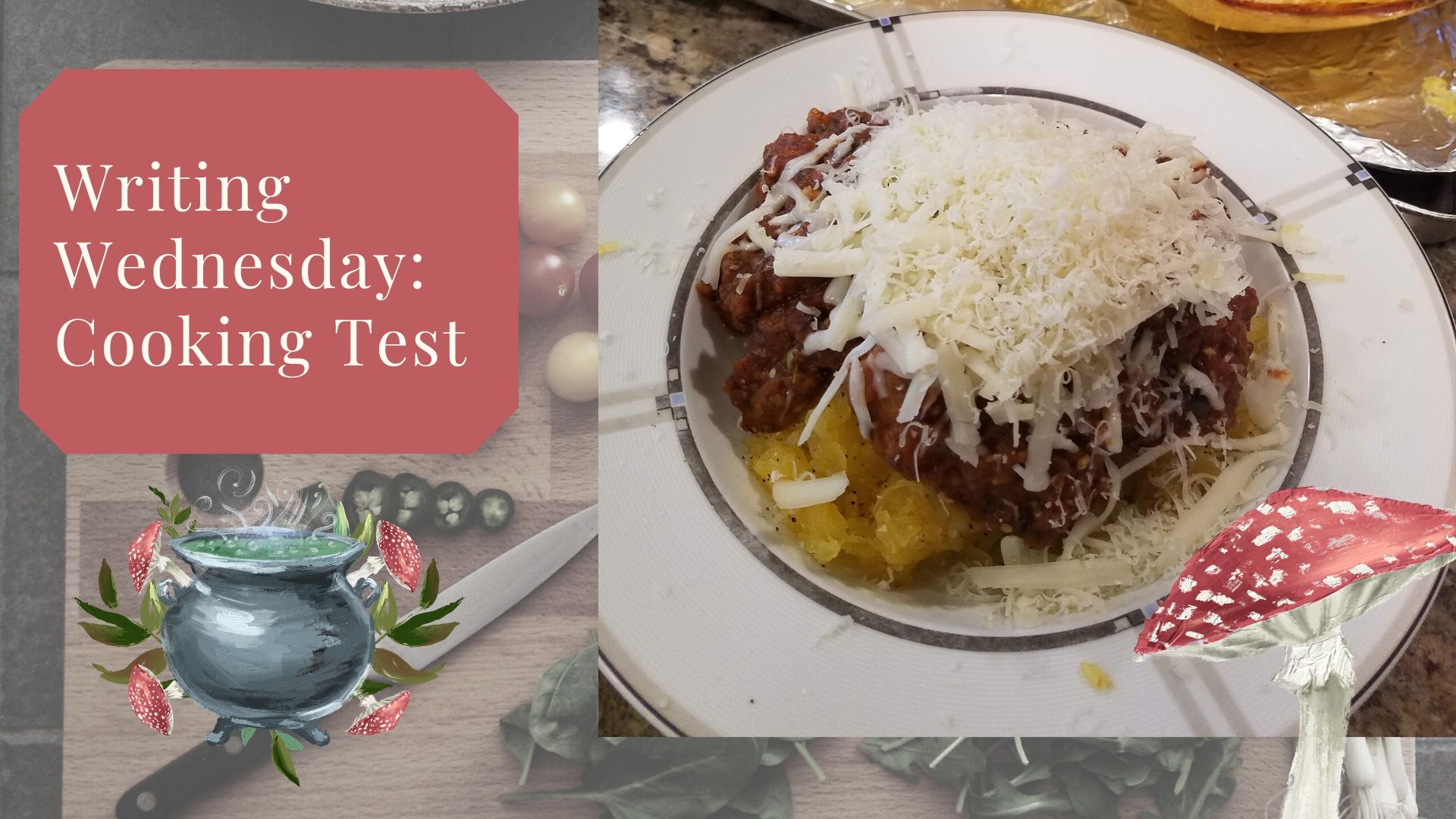 Brie is taking a cooking class for summer school, aka Kitchen Witchcraft. For her first test, she has to create an entire recipe from scratch. I decided to make her cook something that I love to make myself. Read on to find out what happens.

On Friday, we had a test in each of my classes. There was a written test in the morning, mostly multiple choice about different ingredients and their meanings. I thought I’d studied everything in advance, but I was distracted by my fight with Pamela. We hadn’t talked all night again and it felt so awkward.

I managed to get through the written test with mostly correct answers, I was pretty sure, but I was more nervous about the practical test in the afternoon. We each had to cook a recipe from scratch without looking at our notes and we wouldn’t know what dish we had to make until we started.

When I got my dish assignment, I had to smile. The name was “Deadly Nightshade Pasta.” The ingredients were almost all plants from the belladonna family, just like I’d mentioned before.

The tricky part was I’d have to make pasta by hand. I’d only seen traditional pasta making, which involved eggs. Did I have to add a vegan substitution to make the noodles stick together? Then I remembered gnocchi. All I needed to do was roast a bunch of potatoes and mash them up with a little flour, water, and olive oil. And the bonus was that potatoes were included in the belladonna family so it fit with the theme of the dish.

I washed the potatoes, peeled them, and threw them in the oven to start roasting. Then I turned to the sauce. There were a healthy amount of vegetables in the recipe: a whole onion, a large eggplant, a bell pepper, half a pound of portobello mushrooms, and tons of tomatoes. Well, Pamela wasn’t going to like this dish, but she wasn’t the one grading me.

The recipe also called for garlic in the seasonings, but I left that out because I didn’t want the smell clinging to me when I saw Luci later. I chopped the vegetables and sautéed them in a huge sauce pot, starting with the onions. I made an extra effort to get all of my knife cuts even in size.

While the sauce was simmering and reducing down the liquid, I checked on the potatoes. They were taking forever to roast. Maybe I should have cut them up into smaller pieces so they would cook faster? But it was too late now—the outside was too hot to touch. I’d just have to wait it out.

I went back to the sauce and tasted it. Without garlic, there wasn’t really a strong seasoning flavor. The fresh vegetables were good but I worried that it wouldn’t be enough.

Looking around the kitchen, I spied a bunch of dried chilis hanging in the corner. The heat would pack some punch and they also counted as belladonna plants. I put on some gloves to protect my hands, then cut up a few and threw them into the sauce.

After stirring for a few minutes, I tasted the sauce again and coughed from the heat. Oh no! Those chilis were stronger than I’d realized. But what could I do to tone down the heat?