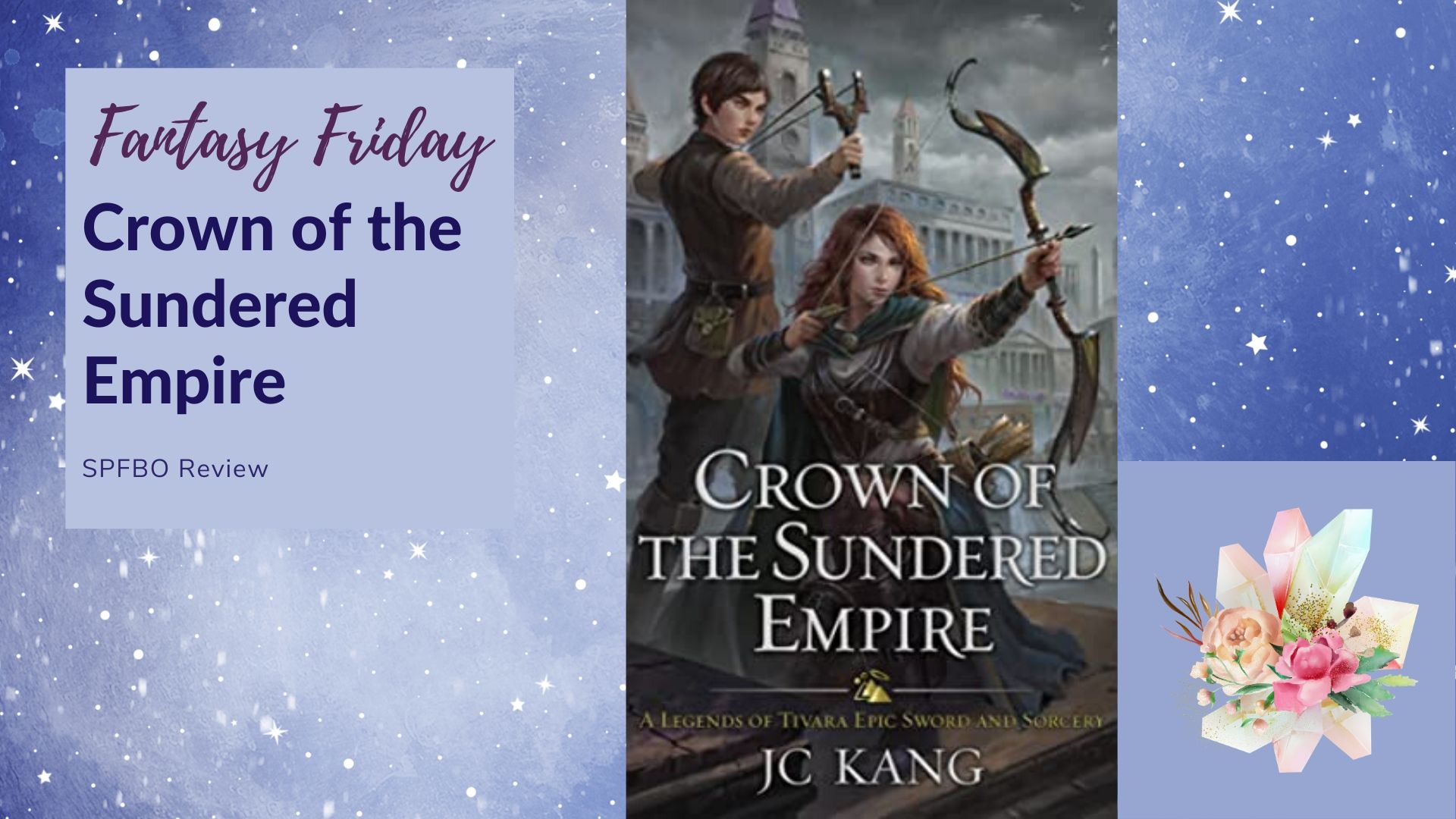 A sundered realm. A missing crown. A coming war.

In a broken land where conquerors dream of empires, Tomas dreams of a day when the townsfolk won’t taunt him. After all, he’s the fishing village kid with a misshapen face.

Only the Rune vendor’s daughter treats him well. To win her heart, he relies on a quick wit and local superstitions to convince her he has Diviner’s Sight.

But if he did, he would’ve foreseen magic-fearing invaders plucking out his mismatched eye.

Or the demon trapped in the glass replacement. It reveals a world beyond human vision, while whispering temptations in his mind.

Now, with his village caught between the advancing armies of the Sun God’s mortal descendants and His Chosen People, Tomas must use a combination of calculation, cunning, and demonic insight to maneuver the forces of his world against each other—prince against prince, princess against princess, army against army—or see his home crushed forever beneath the wheels of war.

This book delivers a classical high fantasy setting with elves, orcs, dwarven technology, and powerful magic artifacts. The character mentioned in the blurb, Tomas, is only one of the many players in this story. While he’s dealing with an occupation of his home village, there is another conflict going on in the capital cities of three nations as the princes and princesses use political manipulation and kidnapping to arrange important marriages between several dynasties. Once, these three nations were part of the same “sundered” empire, but now they have strained relations. By marrying together their heirs, they will grow closer to regaining their old power.

There is one more element to the mix which makes this book unique, and that’s Jie, the half-elf spy. She’s appeared in previous books in this world, including one that I’ve read and reviewed called Thorn of the Night Blossoms. She’s quick to pick up on things going on behind the scenes that other characters don’t notice. While most of the characters are younger and inexperienced, Jie is the one who figures out the real threat.

The contrast between Jie’s abilities and all the other characters makes them seem incompetent, and it was a little difficult to get attached to the new ones when I already liked Jie. It also doesn’t help that most of them are spoiled royalty and their problems seem rather petty. Like Koryn, the crown prince of one kingdom. He doesn’t want to marry any woman or keep sneaking around with his male lover because he is conflicted between his desires and his sense of morality. So his solution is to try killing himself in battle, claiming this is the only honorable way out. Alaena also wants to run away from her responsibilities and sleep with everyone instead of making a political marriage. Meanwhile, the average person like Tomas is watching wanton destruction, death, and destruction by the invading army.

Things get better about halfway through the book when Jie starts to tell the others what she’s learned and leads them to counter the real enemy. The action also picks up as the stakes rise. Things came to a head in a satisfying conclusion while setting up further installments in the series. What remains to be seen is if the characters will learn from their mistakes and be a little wiser next time.

LGBT representation: one character is gay and his forbidden relationship is a major point of conflict in the story. It’s not explicit, but Jie is also still bisexual, so two of the five PoV characters are queer.

All the Steampunk News