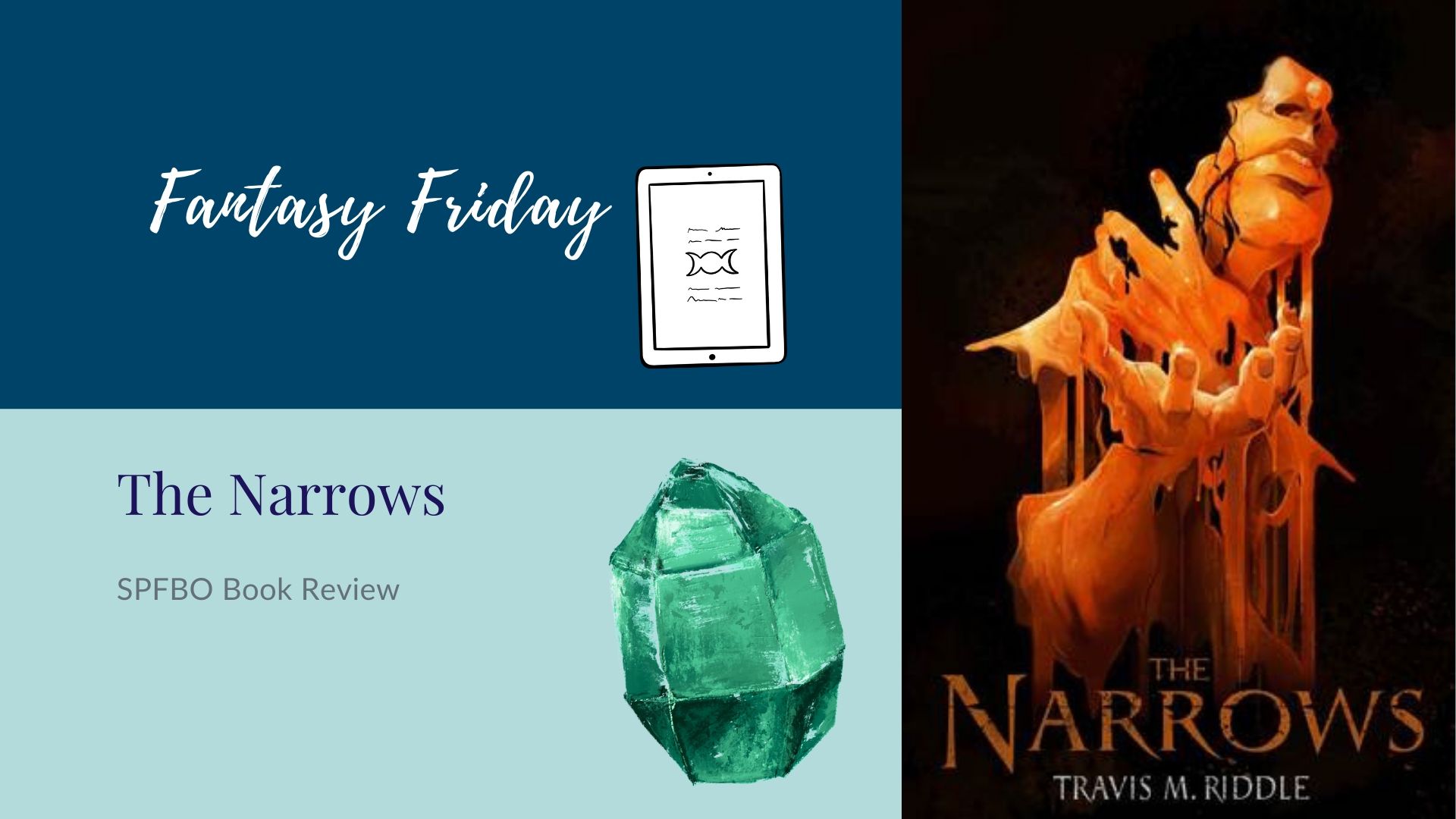 “I can show you how to enter the Narrows to find what you seek.”

Oliver and his friends have returned to their hometown of Shumard, Texas for the funeral of their close friend Noah. They each grapple with the loss in their own ways, trying to understand the strange circumstances of their friend’s unexpected death.

While visiting the site where the body was found, Oliver stumbles across a chilling discovery that he knows must be related to what happened to Noah. Wanting to protect his friends from these newfound horrors, Oliver takes it upon himself to venture into the grotesque otherworld known as the Narrows to learn what happened to his friend and find a way to bring him back.

Entering the Narrows is one thing, but will whatever he finds there allow him to leave?

This is one of those dark fantasy books that rides the line into the horror/supernatural genres. The plot has a slow build-up of dread and creepiness that takes time to get going but pays off in a satisfying way. Some reviewers aren’t happy with the ambiguous ending, but I think it fits the book’s tone and premise.

Because death will always leave unanswered questions. The conflict of this story is that a group of friends have been rocked by the unexpected loss of someone close to them, each one handling their grief in their own way. Oliver looks for an explanation for his friend pulling away and ultimately dying. Did he kill himself? Was he depressed and hiding it? Was he driven to commit suicide by a supernatural entity or even murdered? Anyone who has experienced the sudden death of a loved one can relate to what Oliver is going through. Of course, even if you know that someone is dying, you will never get the chance to say everything you want and you will always want more time with that person. But this story deals with the many conflicting emotions of a sudden loss.

Similar to the questions about Noah’s death, The Narrows is an ambiguous world that leaves more questions than answers. Is it like the realm of Faerie with its own rules that don’t make sense to humans? Is it just a reflection of the problems in our own world? Does it even exist, or is it a coping mechanism created by Oliver’s grief?

This wasn’t a fun or light-hearted read, but very poignant with the emotions of the characters. It left me with a lot to think about. I would recommend it to anyone who likes darker, more psychological fantasy. It reminded me a little of Charles de Lint.

LGBT representation: one of the characters is trans and there is some discussion about her struggles with being out in their smaller community.