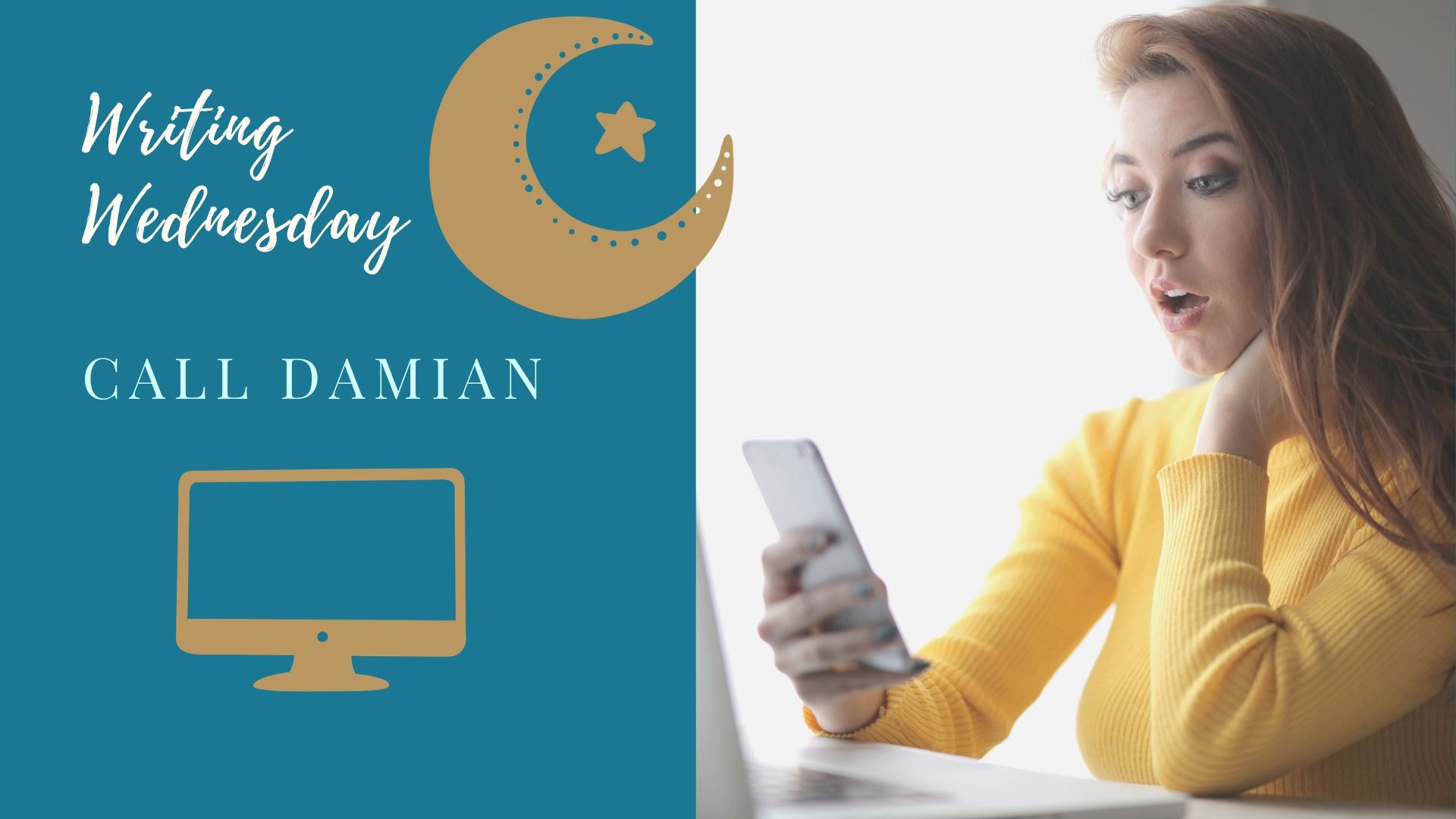 After a bite victim shows up on the beach, Brie can’t stop thinking about what happened. Did a vampire actually kill her? And does her vampire girlfriend Luci know more than she’s saying? She doesn’t want to believe that her girlfriend could be involved.

To distract herself from the tragedy, Brie calls her best friend, Damian, who isn’t at the academy for summer school. She hopes that he can give her some advice to deal with the situation.

Going to Damian for Help

All day Sunday, I waited with my laptop open and refreshed every local news site for information about the murder. There were no more details released about the victim by the police investigators. Luci said that investigators would wait until sunset, then go around to every registered vampire’s residence and interview them. Otherwise, they weren’t allowed out of their houses and couldn’t have visitors. I told her to try sleeping until then and stopped messaging her.

Pamela stayed away, so at least I didn’t have to argue with her anymore. I thought I might run into her when I went to the unicorn meadows for my assigned chores, but she wasn’t there. According to the chart on the wall, she’d done her work on Saturday. I mucked out the stalls and went back to the dorms for a shower.

I tried to fill my time with studying. It was impossible to concentrate with all the questions spinning around in my head. Why wasn’t there more information?

Finally, Damian had some free time to join me on video chat. Just seeing his face pop up on the screen made me feel better, but he frowned when he saw me.

“Girl, you look wrecked,” he said. “No wonder your roommate was worrying about you.”

I glanced at my face in the tiny phone image and realized he was right. It wasn’t just a lack of makeup—I looked pale and haggard. “This isn’t what you think,” I protested. “I’m really worried about Luci right now. She’s not even allowed to leave her house or have visitors, so I can’t see her.”

Damian clucked his tongue and shook his head. “When you told me you met a girl, you forgot to tell me she was a vampire. I never would have guessed that you had a thing for the dangerous ones. First a mermaid, then a bloodsucker? Why do you keep doing this to yourself?”

“It wasn’t planned,” I said, looking down. Now I felt bad. I could shake off Pam’s criticisms by saying that she was just prejudiced against vampires, but Damian was my best and oldest friend. “Maybe it wasn’t the smartest idea, but I don’t think she’s dangerous. She definitely wouldn’t kill someone.”

“Honey,” he said in a heavy tone. “No matter how nice she seems, killing is in her nature. Vampires can’t always control themselves. You need to be more careful for your own sake.”

“It’s not like I have human girls lining up to ask me out.”

Damian narrowed his eyes. “Because you don’t put yourself out there. When I’m not there to push you, you dress in baggy clothes, hide in the corner, and never speak to anyone. That’s not going to attract anyone except someone who is looking to take advantage of you.”

I shook my head. “Just because she’s a vampire doesn’t mean she wants to take advantage of me!”

Write for Yourself (An Affirmation)