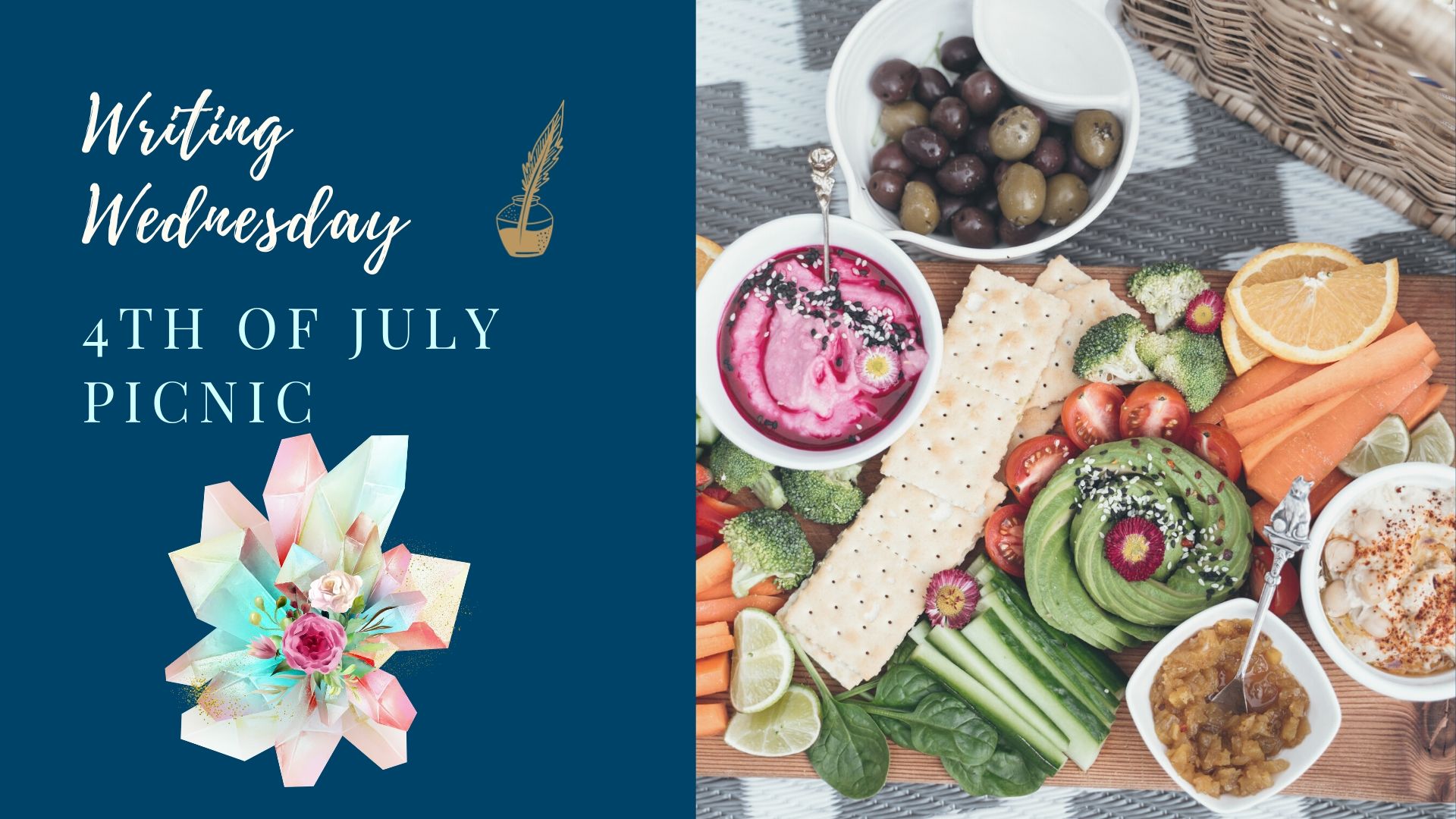 This year, my family spent the Fourth of July at home, where we grilled dinner and watched Hamilton on Disney+. We rarely go out except for the occasional trips to the grocery store or picking up take-out. And I think that might be all that I do for the foreseeable future because I don’t want to get sick or spread disease.

But in The Salty Witch, Brie and her friends don’t have to worry about a global pandemic (just a few murders). She’s been invited to a picnic on the beach–but first, she has to get her friends on the road!

Why Do We Have to Get There So Early?

The Fourth of July was the hottest day yet this summer. I went for a swim in the mid-morning before the pool got too busy and it was already feeling almost too warm to be in the sun.

Then I went to the store and purchased a cooler big enough to fit both of my pies plus the other food I wanted to bring to the picnic. Pamela’s mom had promised to bring some vegan dishes for me, but I wanted to bring at least something of my own. The grocery store had a vegan potato salad that looked decent. Then I found my favorite brand of vegan sausage. I grabbed two pre-made trays, one with vegetables and the other with fruit. The store was busy with everyone making last-minute purchases, but I could get in and out without too much trouble.

Back at the school, I loaded the pies into the cooler and picked up Damian and Brad. They both clutched iced coffees and looked groggy even though it was almost noon.

“Why did we have to get up so early?” Damian complained, adjusting enormous sunglasses that blocked most of his face. “It’s not like we can set off fireworks until it gets dark.”

“The beach is gonna fill up,” I warned him. “Erin and her mom are already there holding a spot for us. Pamela and her parents will be there as soon as they’re done cooking.” Since there was no spot to grill on the beach, they had to prep everything at their house ahead of time.

Damian covered a yawn with the back of his hand. “Fine. I guess I can take a nap when we get there.”

I stuck my lower lip out at him. “Don’t you wanna go in the water?” I was wearing blue shorts and a teal tank-top over my swim suit. “Why are you guys so tired, anyway?”

“We stayed up late,” Brad mumbled.

I glanced back at him, then raised my eyebrows at Damian.

“Brad’s roommate went home for the weekend,” Damian said. “So Tyler and some other guys came by and we had a D&D session that went on much later than we expected.”

I snorted at the thought of Damian playing such a “nerdy” game. “You’re playing that now?”

Damian stuck his tongue out at me. “Their party needed a bard. It’s actually fun. Maybe you should try it sometime.”

We met at up with the others at Twin Lakes Beach, the same spot by the harbor where I’d had my last fight with Gabriella. It stayed open late and allowed bonfires so it was a popular location. I’d been avoiding it for the terrible memories, but maybe it was time to replace those with some pleasant ones.