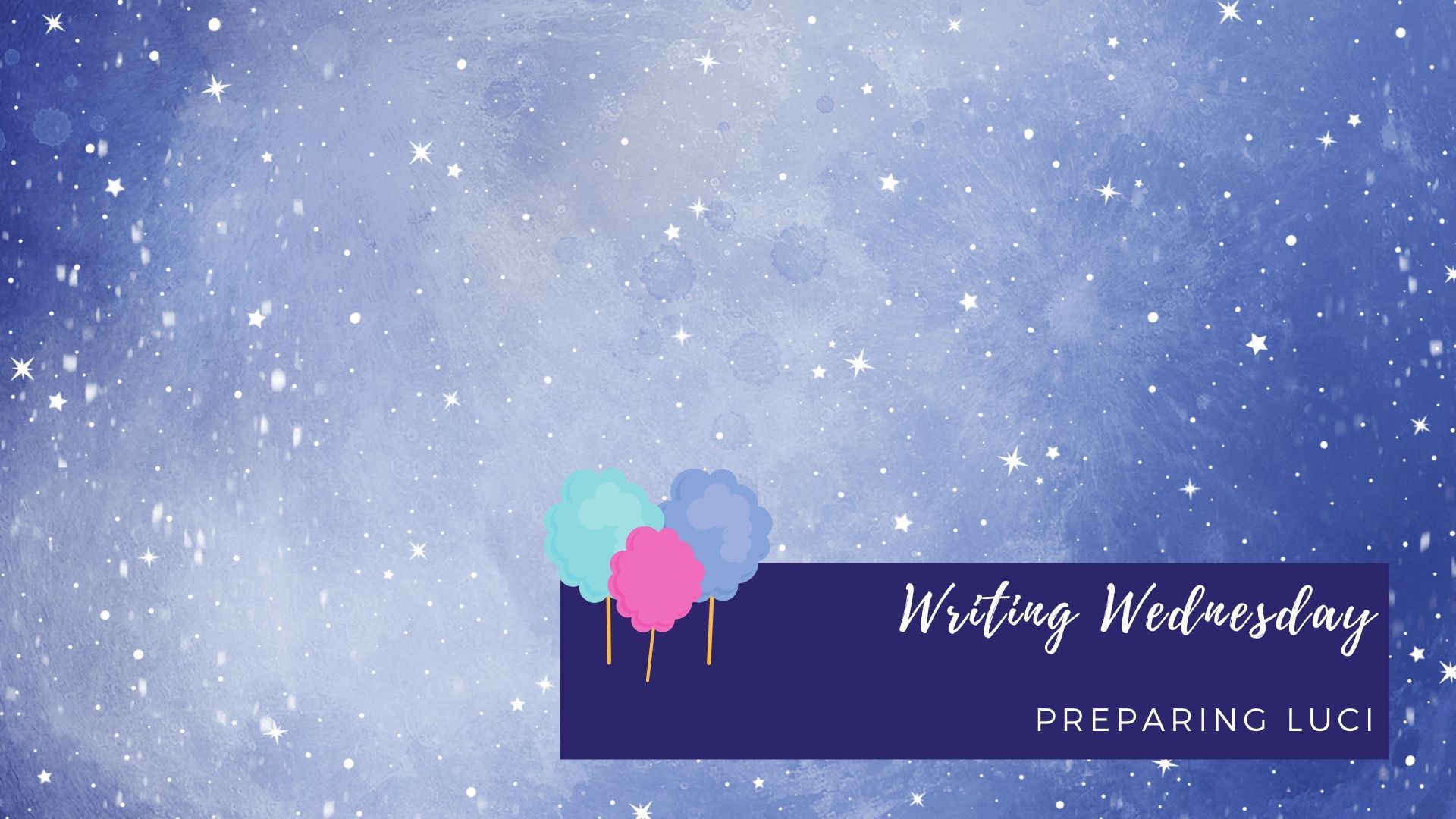 Brie is having her best friend Damian come for a visit and plans to introduce him to her vampire girlfriend, Luci. But first she wants to warn Luci about what Damian is like. She’s not sure how to describe her unusual friend. While they’re eating cotton candy on the Boardwalk, she tries to get Erin’s help.

How Would You Describe Damian?

“By the way,” I said between sticky mouthfuls of sugar. “My best friend, Damian, is coming down next weekend and we all wanna hang out. I want you to meet him, but I thought I should warn you ahead of time.”

Luci’s eyebrows furrowed together. “Warn me about what? Are you afraid he won’t like me?”

“The other way around. Damian is…” I glanced at Erin. “How would you describe him?”

Oops, I didn’t mean to put her on the spot like that. “Intense,” I repeated. “Over-the-top. Too much—for some people, at least. But he’s one of a kind, and a really sweet guy when you get to know him. Also, he flirts with everyone, so don’t take it personally.”

Lucinda smiled. “If he’s your friend, I’m sure I’ll like him. But why would he flirt with me? Doesn’t he care that we’re dating?”

I laughed. “Oh, he’s not trying to steal you from me. Like I said, that’s just how he is with everyone.” I tried not to look at Erin again, but out of the corner of my eye, I saw her shifting. Maybe I should change the topic. “Anyway, we’re going hang out as a group with Pamela and Brad. I hope they’ll be on good behavior this weekend.”

Erin threw her hands up in the air. “And then we get to see fireworks!”

I blinked in surprise. I’d almost forgot that June was almost over and that meant next weekend would be the Fourth of July. So many crowds everywhere as tourists flooded into Santa Cruz for the beaches. I groaned.

“Don’t worry,” Erin said when she saw my face. “I know the best spot where only the locals will hang out for fireworks. We should avoid this place the whole weekend.” She turned to Luci. “I’ll text you the details, too.”

I smiled at her. “Awesome.”