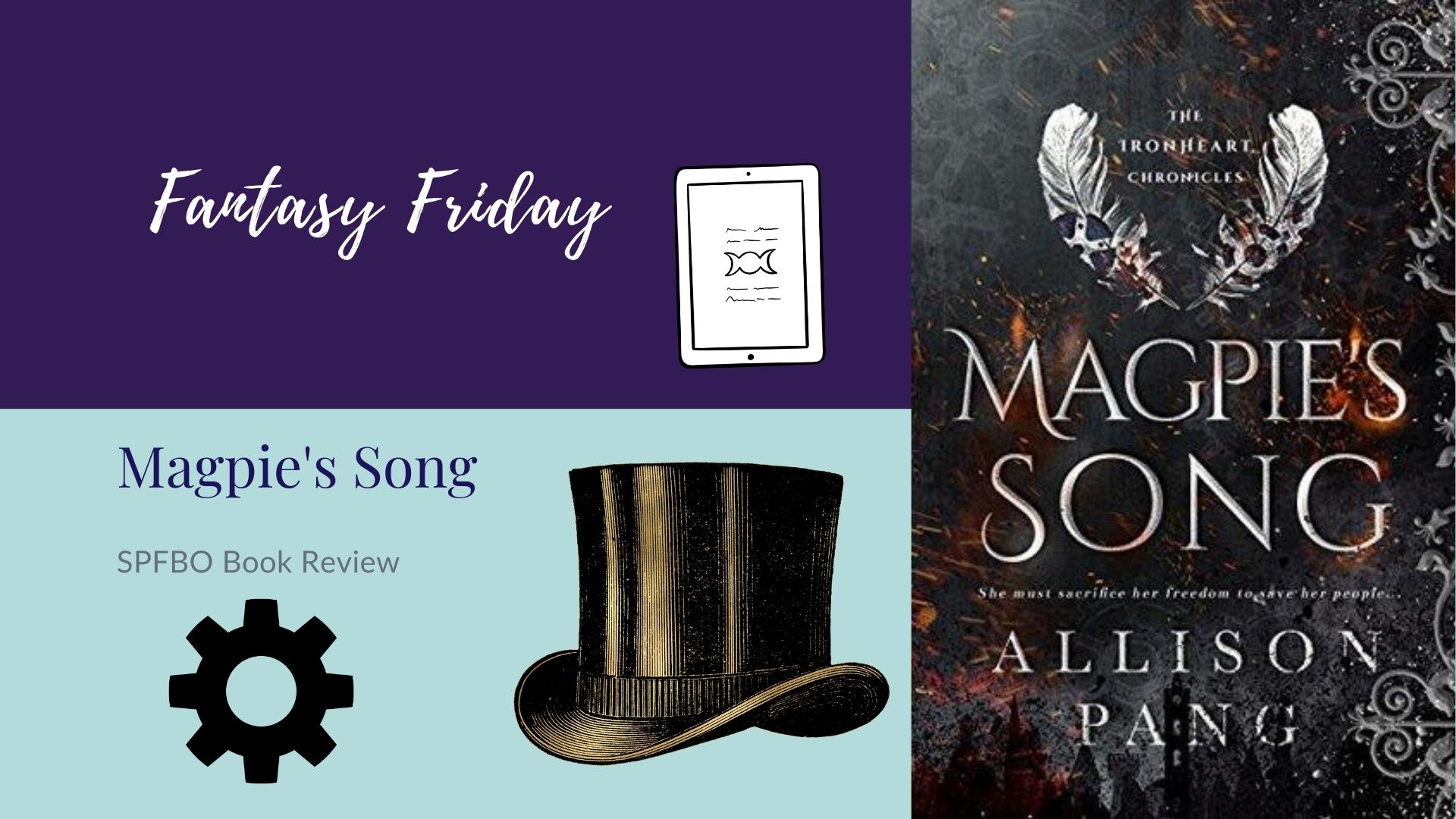 In the slums of BrightStone, Moon Children are worth less than the scrap they must collect to survive. It doesn’t matter that these abandoned half-breeds are part-Meridian with their ancestors hailing from the technologically advanced city that floats above the once-thriving, now plague-ridden BrightStone. Instead they are rejected by both their ancestral societies and forced to live on the outskirts of civilization, joining clans simply to survive. Not to mention their role as Tithe, leading the city’s infected citizens deep into the Pits where their disease can be controlled.

Nineteen-year-old Raggy Maggy is no different, despite the mysterious heart-shaped panel that covers her chest. Or at least she wasn’t… Not until her chance discovery of a Meridian-built clockwork dragon—and its murdered owner. When the Inquestors policing the city find Maggy at the scene of the crime, she quickly turns into their prime suspect. Now she’s all anyone can talk about. Even her clan leader turns his back on her, leading her to rely on an exiled doctor and a clanless Moon Child named Ghost to keep her hidden. In return, all she has to do is help them find a cure for the plague they believe was not exactly accidental. Yet doing so might mean risking more than just her life. It also might be the only key to uncovering the truth about the parents—and the past—she knows nothing about.

The setting delivers on many popular steampunk elements: clockwork dragons, a mechanical heart, a floating city, and airships. There is also a dystopian society with a large divide between the rich and poor, with an additional caste even lower called the Moon Children who are the scapegoats for all of society’s problems. They’re abandoned by their families and left to fend for themselves on the streets in gangs until they’re ultimately thrown into The Pit in a religious ritual which is supposed to help cleanse the city of its sin.

The main character, Maggy, is a Moon Child who scrounges for metal scrap to survive and pretends not to care about much beyond her own survival. But despite her cynical attitude, she has a fierce loyalty to her best friend, Sparrow, and we gradually find out about other people who have helped her and she cares for. And it’s because she cares about what happens to others that she’s motivated to unravel the secrets behind her city’s problems, even when it means risking her own life.

I enjoyed reading about the colorful city where Maggy lives and appreciated how it had some unique spins on the typical London-inspired steampunk setting. I really wanted more details about things like the Salt Temple and the floating city, Meridion. I hope that future books reveal more details.

The characters are also complicated and believable. I didn’t always know which way things were going because everyone had a few surprises up their sleeve and each twist would reveal something new about another person. Although the setting is interesting, it’s the characters that really shine and bring this story to life.

LGBT representation: Maggy says that she doesn’t care if her romantic partners are male or female, implying that she’s bi/pan, although we only see her attraction to one person (a man). Also, Lucian reveals that he is gay and feels sad that he had to leave his lover behind. He says they couldn’t marry but otherwise doesn’t mention if society frowned on him living with another man.

I recommend this book to fans of steampunk.

Review: The Shadow Soul from #SPFBO

Fantasy Friday: The Dragons of Esternes by Steve Turnbull